In this blog we welcome Sarah Havery, Senior Species Recovery Officer at RSPB, who recently spent two weeks assisting Holly in Shetland as part of her sabbatical and thinking how projects either side of the Atlantic can work together to promote good biosecurity.

In June and early July this year, I was able to spend two weeks away from my desk working alongside the Biosecurity for LIFE team in Shetland. The aim was to support the Biosecurity Officer, Holly Paget-Brown, with implementing biosecurity on some of Shetland’s most important seabird islands.

This also provided an opportunity to share some cross-cutting experiences and lessons learnt from our work under RSPB’s Globally Threatened Species Programme; where some of the rarest UK wildlife, found in the UK Overseas Territories, face some of the same threats as Shetland’s seabirds.

As soon as I arrived on Shetland, it was straight to it – there had been a possible sign of rodents on the island of Mousa, home to one of the UKs largest European storm-petrel colonies and internationally important numbers of arctic tern and black guillemot. Holly had already implemented additional checks on the island, and I assisted her with the final check. Fortunately, it was good news – no confirmed rodents. Turns out tiny lamb droppings can look surprisingly rodent-like! Although this turned out to be a false scare (thankfully), this provided the team with a great opportunity to trial implementing the response needed to a possible arrival of invasive non-native species. 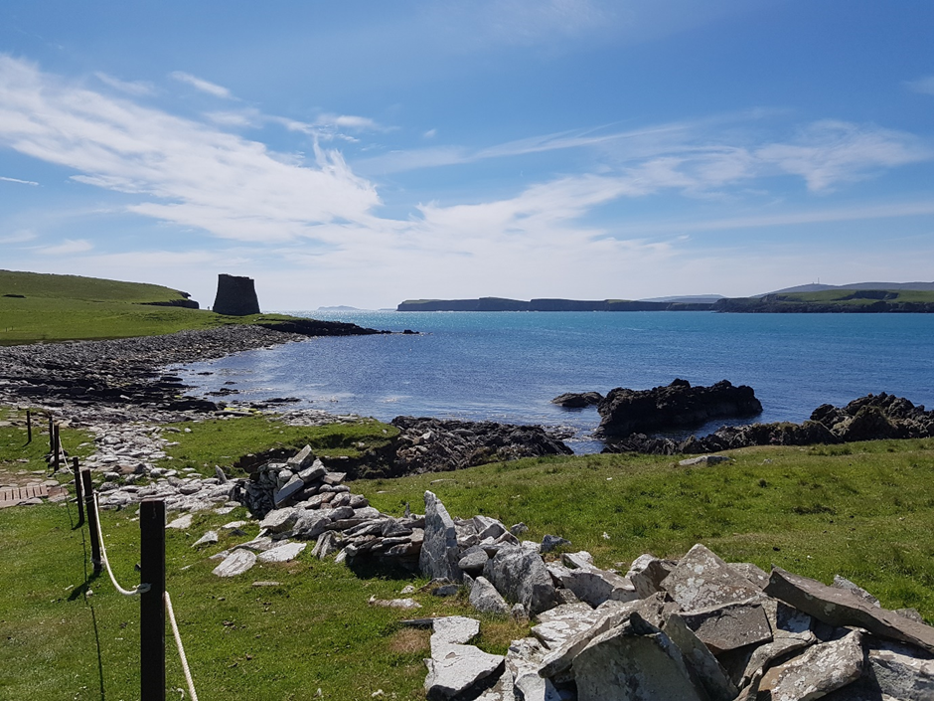 With Mousa rodent biosecurity now back in the capable hands of the reserves team, our focus shifted to some of Shetland’s other important seabird islands. Holly and I headed to Fetlar, the garden of Shetland, where we initiated the installation of an island-wide biosecurity grid for rats and Holly delivered a presentation to the community on the project (see Holly’s blog about this here). Fetlar already has multiple invasive non-native species present, but it does not have rats or mustelids, and therefore it is important to make sure that further invasive non-native mammals are not introduced. 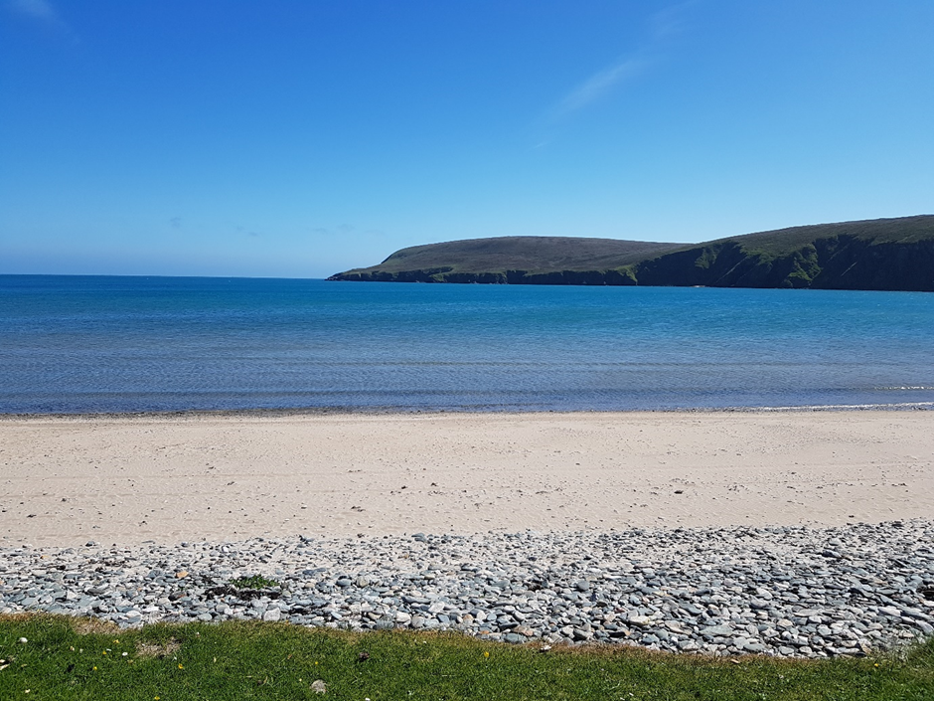 During the second week the weather was incredibly kind to us, and the Project Manager, Tom Churchyard, timed his trip well, as he was able to join us for a few days to visit some of the islands more difficult to get to. Firstly, we headed to the island of Noss, home to thousands of gannets on the UK’s third highest cliff face. We met with the NatureScot team there to implement a rodent biosecurity grid around the island. Jen and Saly, the NatureScot wardens on Noss, identified the key areas for rodent monitoring across the island. The EU-funded Biosecurity for LIFE project has provided them with all the equipment needed and we helped them set out the stations, which they will continue to monitor roughly monthly as part of their work schedules to make sure that if any rodents do get to the island, that they are detected quickly enough for an appropriate response to be initiated. 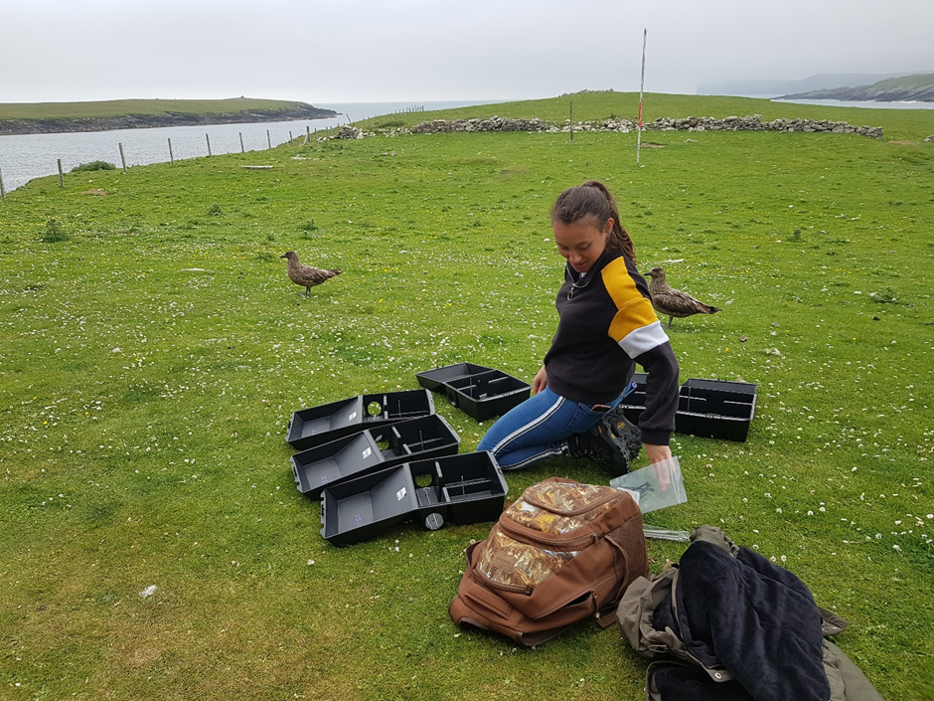 Holly setting up biosecurity stations under the watchful eyes of the great skuas of Noss Photo: Sarah Havery

Given the kind weather, we had the opportunity to be able to complete a visit to the RSPB island reserve of Gruney. This remote and isolated island is one of the least visited of RSPB reserves across the UK, and with good reason. The unpredictable weather and challenging landing on the island means that the logistics for getting there can be complicated. We were able to spend three hours on this beautiful island with RSPB Warden, Beth, and Assistant Warden, Tom, for their first visit to this unique reserve. The islands are home to breeding Leach’s petrels, kittiwakes and puffins. We installed a biosecurity monitoring grid across Gruney, which the RSPB team will check in a few weeks’ time when they return to monitor the Leach’s petrels. Fingers crossed there will be no rodent sign reported. 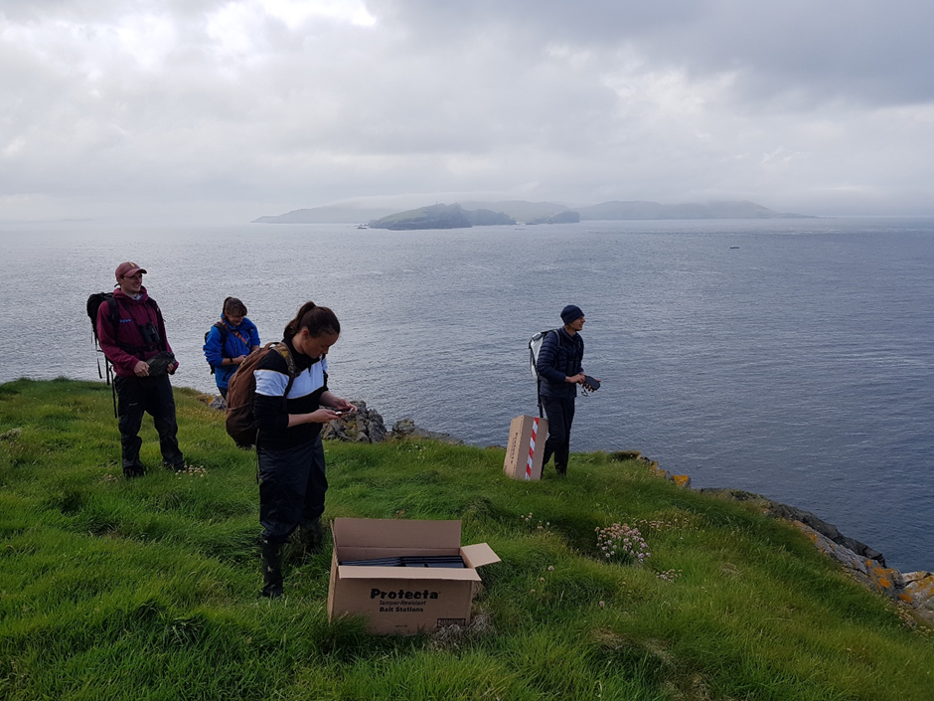 RSPB wardens with the Biosecurity for LIFE team on Gruney Photo: Sarah Havery

Around the island visits, having time together provided Holly, Tom, and I with valuable time to discuss the synergies with the projects that I currently oversee in the Caribbean under RSPB’s Globally Threatened Species Programme. RSPB have been working in partnership to support Turks and Caicos rock iguana conservation efforts since 2014 with a strong focus on biosecurity, and we currently have a Darwin Plus funded project running until 2024, with a Biosecurity Advisor, Simon Busuttil, based in Turks & Caicos implementing biosecurity to protect the country’s most important iguana islands. 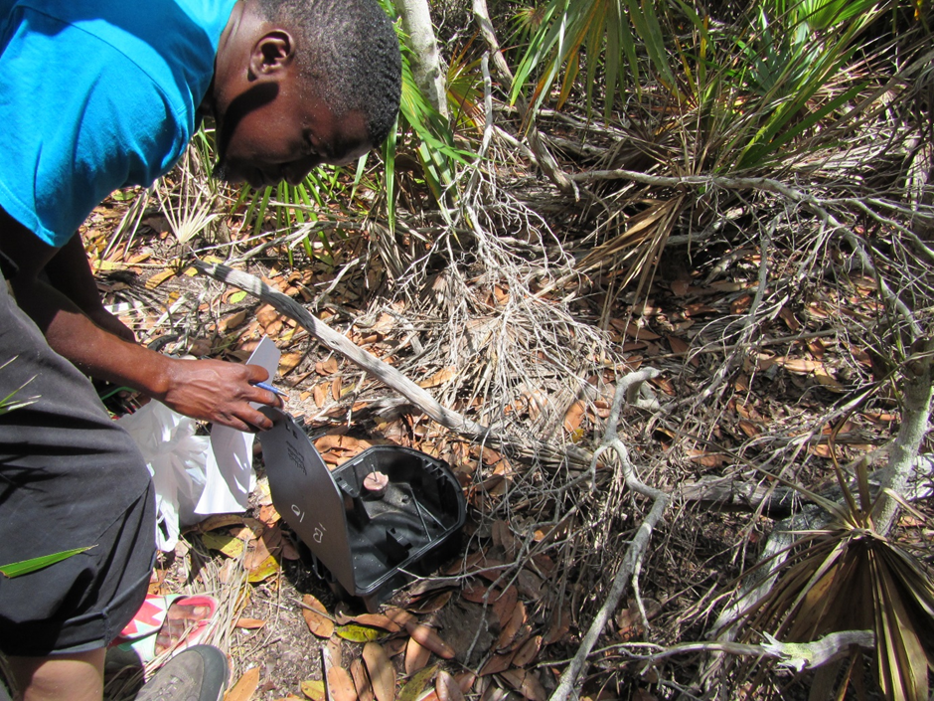 RSPB has also just secured further funding through the UK Government’s Darwin Plus initiative to support the Cayman Islands Government with invasive species management and biosecurity for Cayman’s Sister Islands. This project starts this month and aims to protect these islands, home to rare iguanas, cryptic snakes, parrots, and thousands of seabirds, from the impacts of invasive non-native species. In no doubt will this project benefit from the lessons learnt and experiences from the work in Turks & Caicos and through the Biosecurity for LIFE project. 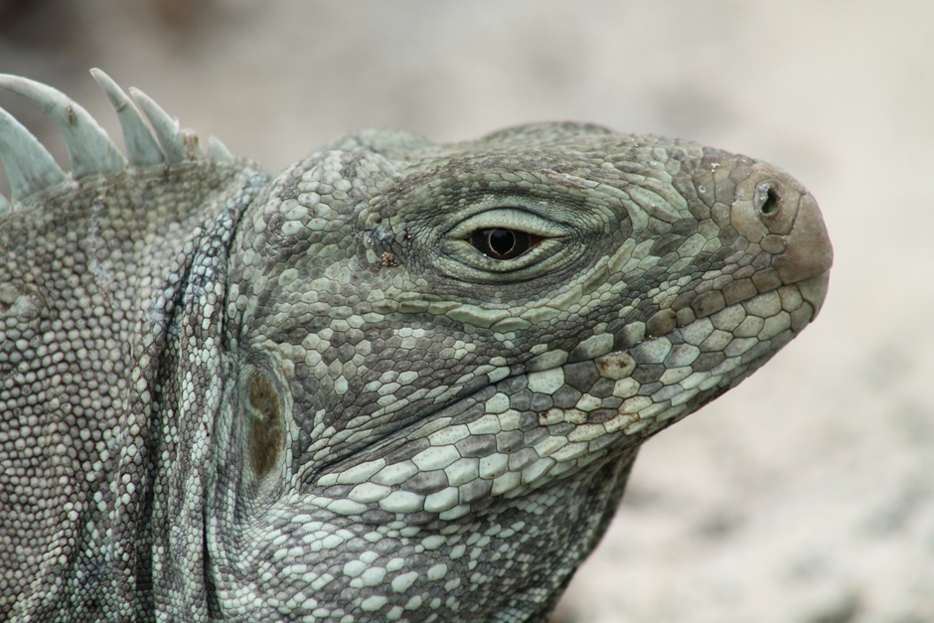 Although miles apart, and with completely different ecology, Shetland, Turks & Caicos, Cayman and island ecosystems around the world are fragile and are particularly susceptible to the impacts of invasive non-native species. By implementing effective biosecurity we can ensure these unique places remain safe havens for the special wildlife that reside there.