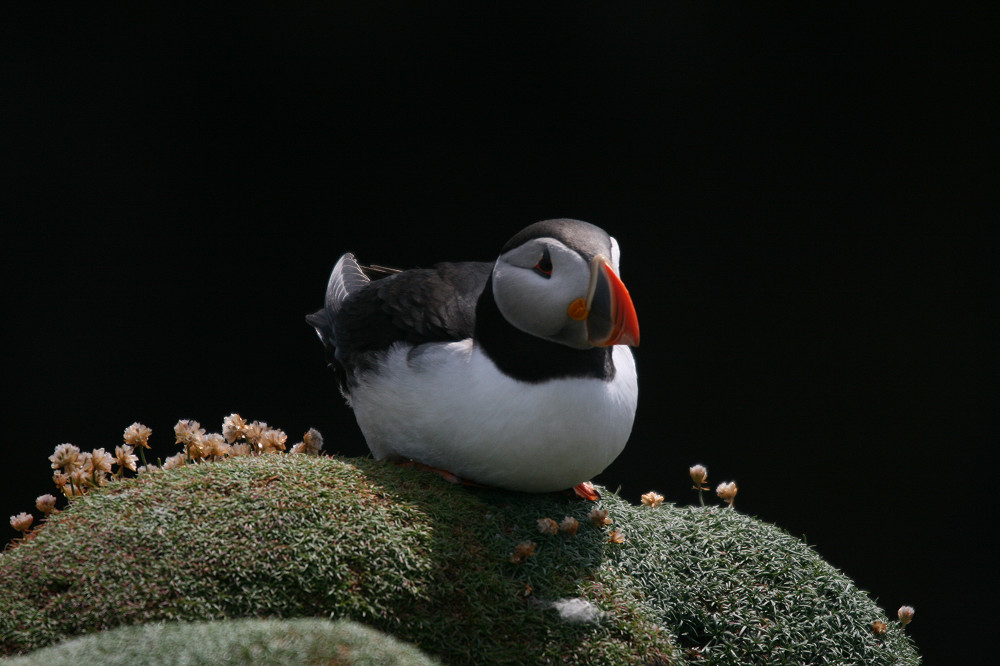 Due to the nationally and internationally importance of Noss’ seabird colonies the island has been designated as a Site of Special Scientific Interest (SSSI), Special Protection Area (SPA) and as a National Nature Reserve (NNR). The RSPB appointed the first Noss warden, or ‘watcher’ as they were called then, in 1907. Today the island is managed as a nature reserve by Scottish Natural Heritage who employ two seasonal wardens to monitor and protect the seabirds as well as providing a ferry service for visitors. As a result of the long history of wildlife conservation on Noss we have seabird population data going back decades with regular monitoring taking place from the 1970s and monitoring of productivity (breeding success) from the 1980s. This is particularly important due to the difficulty of monitoring marine species: seabirds can be a useful indicator of the health of our oceans.

Now uninhabited by anyone but the seasonal wardens evidence suggests that Noss was inhabited as early as Neolithic times. For a long time, large numbers of seabird eggs were harvested from Noss, though now legislation prevents this. Some human activities were of benefit to seabirds however; for example a Shetland pony stud was established on the island in the late 19th century which led to a dry-stone cliff dyke (wall) being built around the higher part of the island and this dyke is now home to breeding storm petrels and tiny Shetland wrens!

Today Noss is still managed as part of a larger farm on Bressay and is grazed by a flock of the native Shetland breed of sheep, the numbers of which are controlled to keep the vegetation at a suitable height for the breeding birds. The Noss wardens run a small inflatable ferry between Noss and nearby Bressay to allow visitors to enjoy Noss and its wildlife; they also provide information to visitors including how to minimise disturbance to Noss’ protected species. Noss provides us with a good example of how farming, conservation and visitors can all work together to utilise and protect an island. 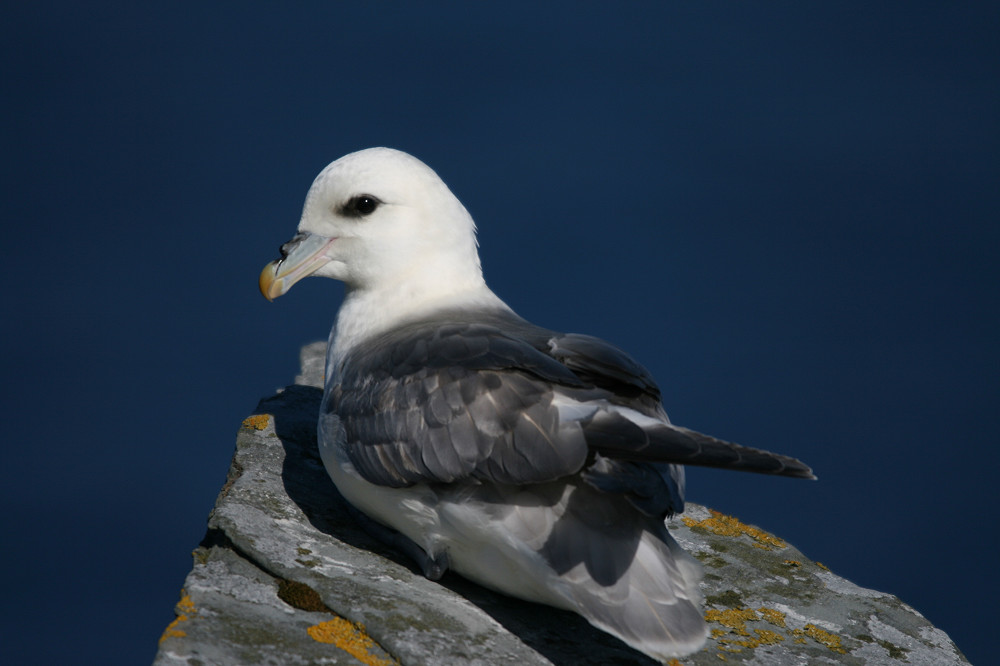 One of the reasons that Noss is important as a seabird island is the lack of mammalian predators on the island. The only mammals on Noss are rabbits, which were introduced in the past as a source of food, otters and of course, sheep. There have been brown rats and feral cats on Noss in the past but the last cat was removed in 1987 and rats reportedly died out in the late 19th century. Given that Noss is only 150m from the coast of Bressay, which has both rats and mice, it is remarkable that the island has managed to stay rodent-free and it is very important for the breeding seabirds that it remains so. The SNH wardens and reserve manager are acutely aware of the danger of non-native species and the Biosecurity for LIFE project is working with them to draw up and implement a biosecurity plan for Noss.

For more information on Noss:

In the last blog we followed Tom on his journey to North Rona. Here we pick up the story aboard Enchanted Isle heading west towards Sula Sgeir.