An invasive non-native species is a “species which has been introduced into areas outside their natural range through human actions and are posing a threat to native wildlife”.

The second of our invasive species blog series features the European hedgehog Erinaceus europaeus. European hedgehogs are native to mainland Britain and Ireland, western Europe and southern Scandinavia. In the UK, they can weigh 600-700 grams in the spring, increasing to around 1000 grams before their winter hibernation. An adult hedgehog has up to 7000 spines embedded above a circular ‘orbicularis’ muscle which rolls down over a hedgehog’s head and shoulders to protect it from physical threats – and they can remain relaxed in this rolled position for hours. They are nocturnal and solitary creatures with an average lifespan of 2-3 years, and females may have two litters of 4-5 young each year.

Hedgehogs are insectivorous, feeding mainly on invertebrates like beetles, caterpillars, earthworms, and earwigs. However, they can be opportunistic feeders and switch their diet to specialise on more easily accessible prey items when they become available. They have been known to predate frogs, snakes, and the nestlings (or even adults!) of small mammals such as mice or shrews. The eggs and chicks of ground nesting birds are also an appealing alternative food source when they become available. 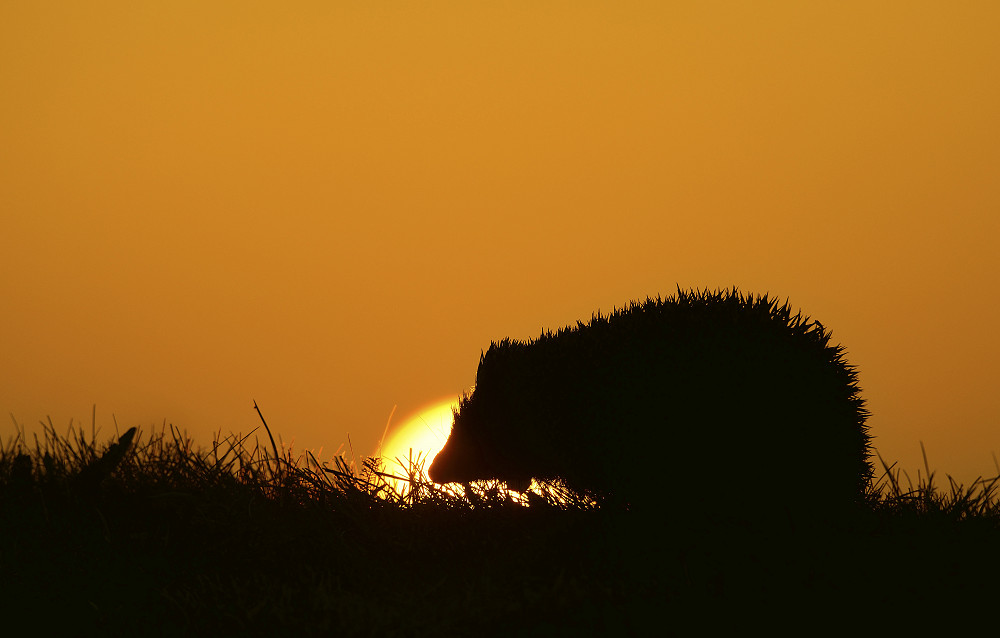 On the UK mainland, hedgehogs are listed as a Biodiversity Action Plan ‘priority species’, and a ‘Species of Principal Importance’ as their population has suffered significant declines in their natural range. The UK had over 30 million hedgehogs in the 1950s, and today less than one million remain. These declines have been driven by a loss of nesting habitat, a reduction in the amount of invertebrate food available, being killed on roads, and living in an increasingly fragmented landscape.

In light of the hedgehog’s mainland declines, it may seem a little surprising that they are considered an invasive species on the UK’s offshore islands. In fact, hedgehogs have been found to survive at higher densities on some islands than in their native mainland range. This is partly because their natural predators like the European badger are absent, and climate change is leading to more favourable conditions for hedgehogs on islands. This in turn leads to very high levels of hedgehog predation on the eggs of ground-nesting birds: on one island hedgehogs were found to drive a 39% decline in breeding shorebirds over ten years – and were responsible for up to 50% of all breeding failures. 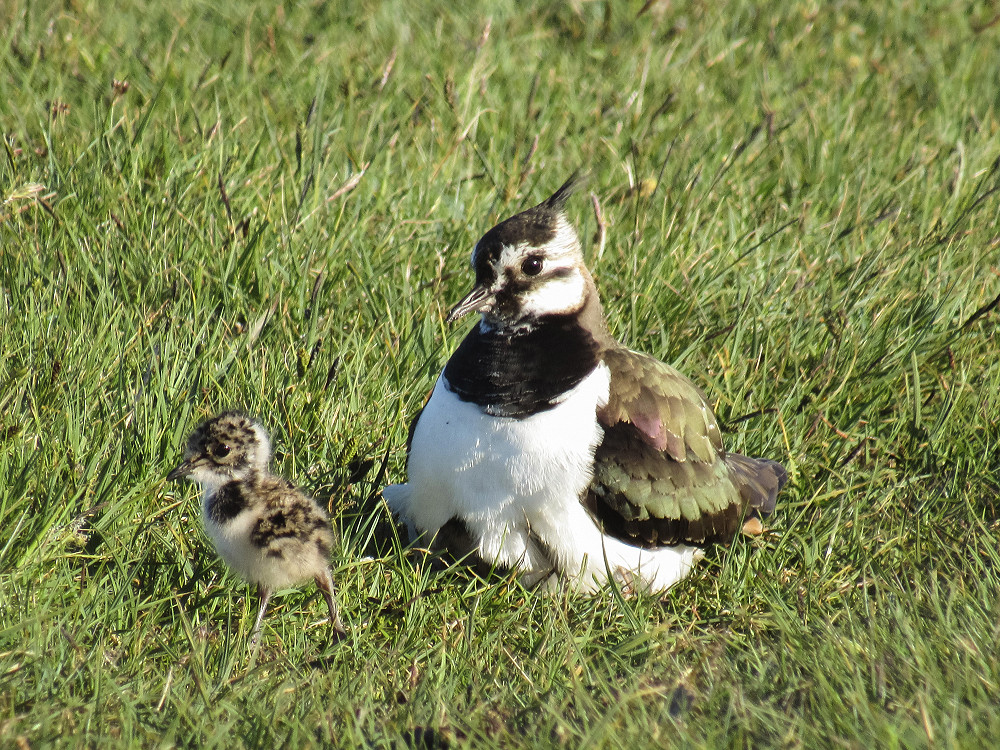 Ground-nesting birds such as this lapwing are unable to protect their chicks from hedgehog predation Photo: Amy Millard (RSPB-images) https://www.youtube.com/watch?time_continue=10&v=d5kf-TKhIZ0&feature=emb_logo

Where humans have introduced hedgehog populations outside of their natural range they pose a severe threat to nesting seabirds and waders, making the hedgehog an invasive non-native species. As an invasive species, European hedgehogs have travelled far and wide; they were first deliberately introduced to New Zealand in the 1870s to remind settlers of their homeland, and they now compete with the native kiwi for their invertebrate prey. Human introductions have led hedgehogs across the sea’s natural barrier to some of the UK’s offshore islands. One pair of hedgehogs was introduced to North Ronaldsay in 1972 and the population had grown to an estimated 1000 hedgehogs by 1984; while in 1974 four individuals were taken to South Uist in the Western Isles to control slugs and snails, and by 2006 their population numbered 2750 adults in an average year.

As a result of such introductions hedgehogs are now present on various islands in the Hebrides, Orkney, Shetland, and the Isles of Scilly. These islands host internationally important populations of seabirds and waders, which are not able to defend their young from predatory mammals. Removing an established hedgehog population from an island is a complex task – but ground-nesting birds face severe declines if they are not protected from this threat. It has been possible for hedgehogs to be caught and translocated, for example on South Uist, where careful protocol was established for animal rescue centres to release hedgehogs on the mainland. 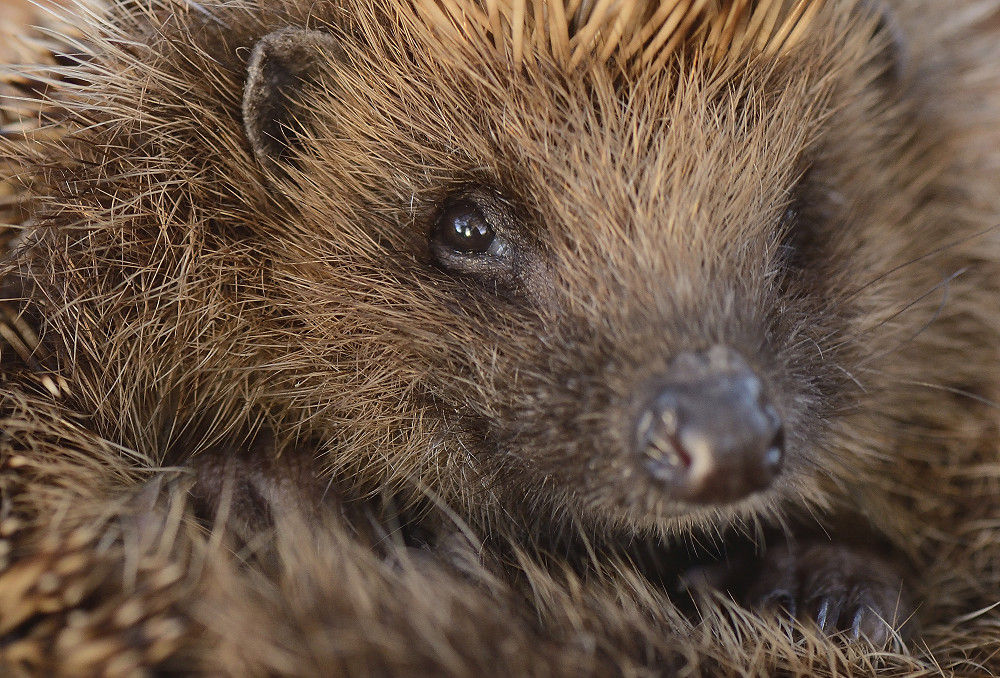 European hedgehog have been introduced to islands around the UK Photo: Ben Andrew (RSPB-images)

The hedgehog is a good example of how introducing just a handful of non-native predators to control garden pests can lead to devastating consequences for native species. Hedgehogs are best left in their own mainland range where there are many ways to lend them a helping hand.

If you live on the mainland and have a garden there are many simple actions that can help hedgehog populations to recover: creating neighbourhood ‘hedgehog highways’ between gardens and leaving patches of long grass and leaf litter are a great start. For a fun self-isolation activity you could Give a Hog a Home by building a hedgehog house.

And wherever you live, you can help ground-nesting birds by sticking to footpaths and keeping dogs on leads in sensitive areas in the spring and summer months, or by championing Nature Friendly Farming methods. 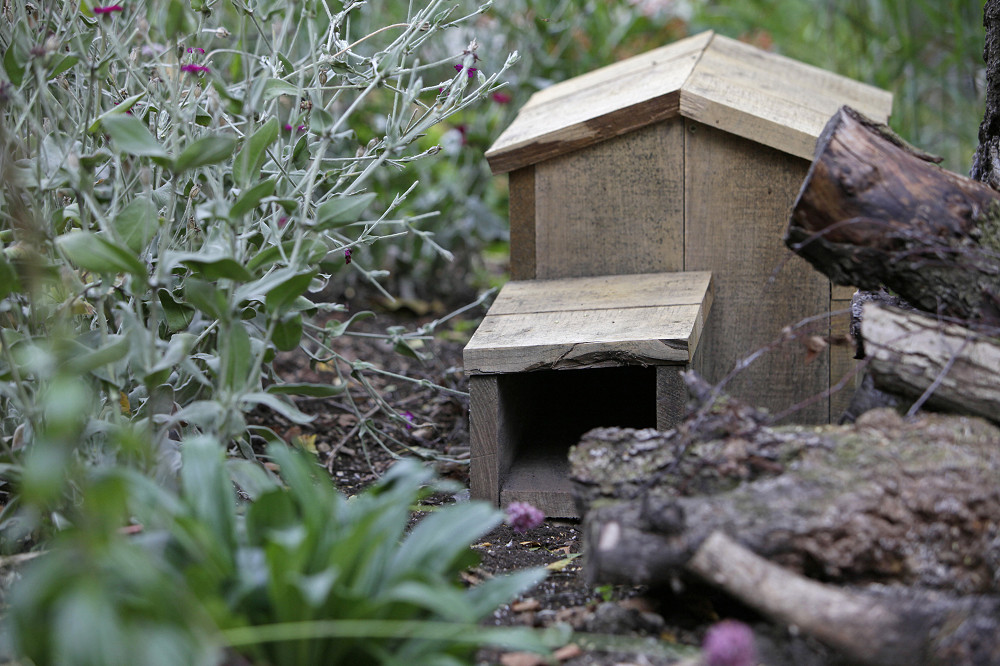 If you live on mainland UK then building a hedgehog house is a great activity whilst in self-isolation and will help the conservation of this iconic species Photo: Ben Andrew (RSPB-images)

Brown rats can have a body length up to about 28cm with a tail between 10-24cm. They grow to weigh 200-300g and tend to live about 2-years in the wild. As with all rat species brown rats are very good breeders, females can breed from 3 months old and average 5 litters per year. Pup numbers average about 6 pups per litter although litters of up to 12 are not uncommon. Brown rats live in loose colonies made up of smaller ‘clan’ groups digging their own burrows. Larger more powerful males occupy and defend better territories and food sources