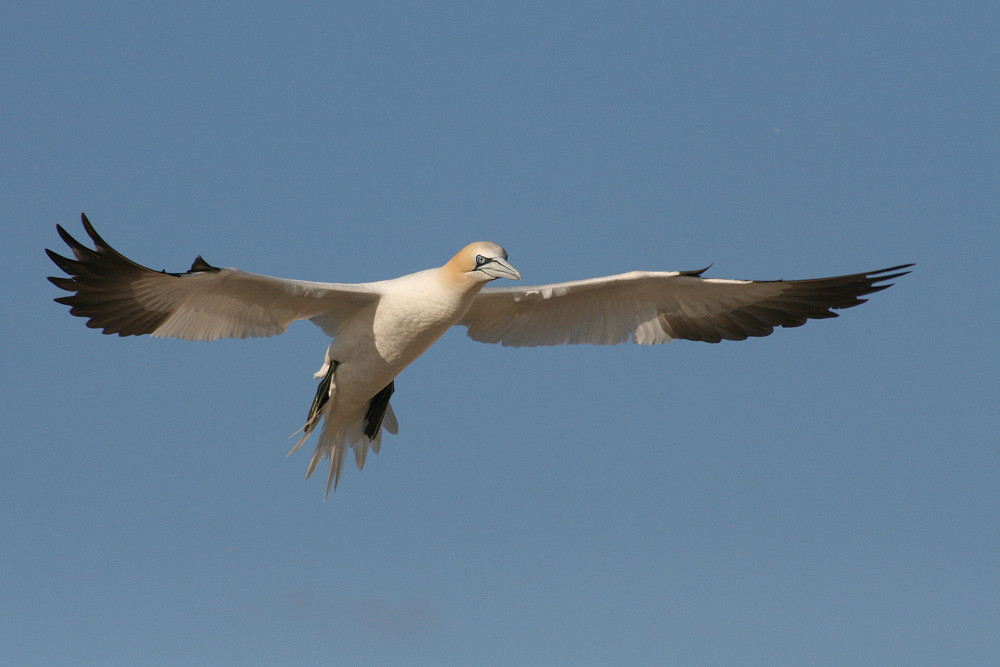 Grassholm is the oldest RSPB reserve in Wales having been managed by the organisation since 1948. Then it was home to just 7,000 pairs of gannet but gannet are one of the few seabird success stories with populations increasing around the UK. This is not a reason to be complacent about their protection as they nest at just 18 sites around the UK, 16 of which are in Scotland with Grassholm being the only colony in Wales and Bempton Cliffs being the only colony in England. The species doesn’t breed in Northern Ireland. 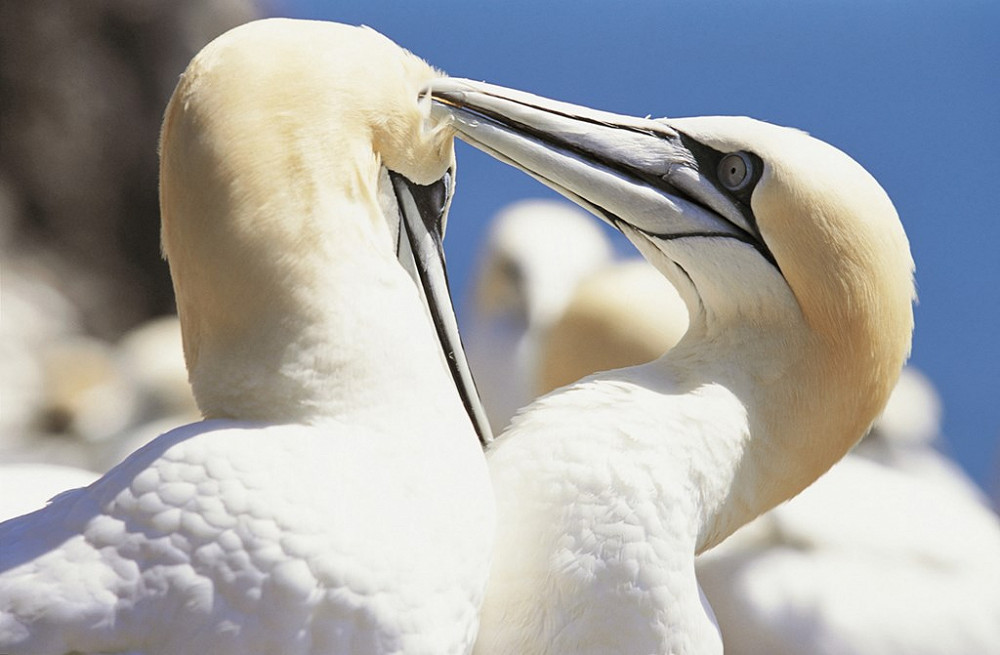 Grassholm is over 15km from the Welsh mainland which offers it some protection from invasive non-native mammalian predators as they are unlikely to swim there. The island is uninhabited and doesn’t allow landings due to the disturbance on the colony. Researchers and wardens land between 3 – 5 times from July to October to monitor the gannets, carry out biosecurity checks and later in the season to release any fledglings or adults trapped in the plastic waste that is found in a shocking 80% of nests on the island. 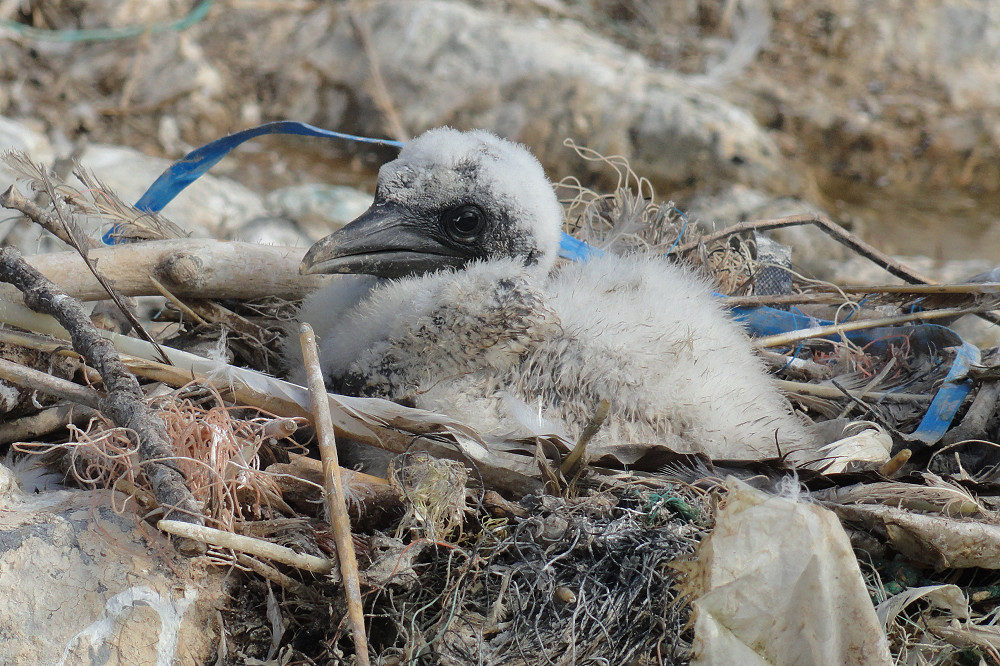 We must remain vigilant with biosecurity though as shown by an incident before Christmas when a container ship lost some of its cargo during a storm just 1km from Grassholm. A lot of apples, ricecakes and plastic containers were washed up on the coast around Pembrokeshire but thankfully none have been detected on Grassholm itself. Invasive non-native mammalian predators such as rats and mice are high risk stowaways and can float on storm debris to nearby islands. Remember all it takes is one pregnant female to cause chaos on a seabird island! 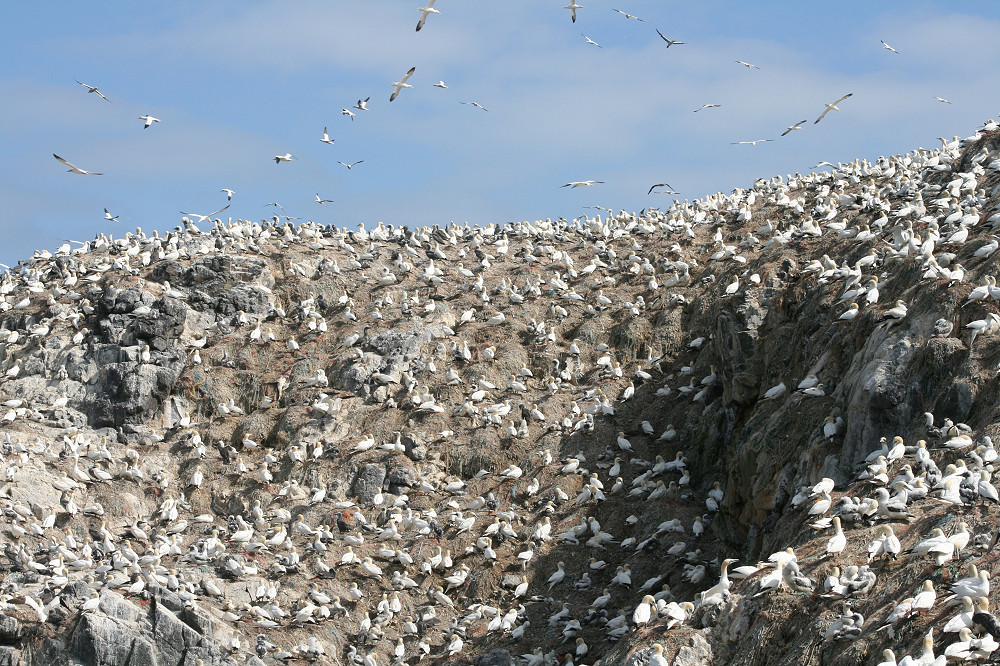 We’re working with the RSPB site managers to assess their existing biosecurity measures and to help provide resources so they’re able to carry out a biosecurity check in February/March each year before the gannets return to Grassholm.