This week we’re going to focus in on the two Outer Copeland Islands, Mew Island and Lighthouse Island. The Copeland Island group consists of three islands in the North Irish Sea off the coast of a wonderfully named town called Donaghadee. The two outer isles will be covered by one biosecurity plan as they are only separated by 50m of open water at low tide so invasive predators reaching one island are very capable of spreading to the other island. Big Island is approximately 1.3km inland from these outer isles so will be dealt with separately. 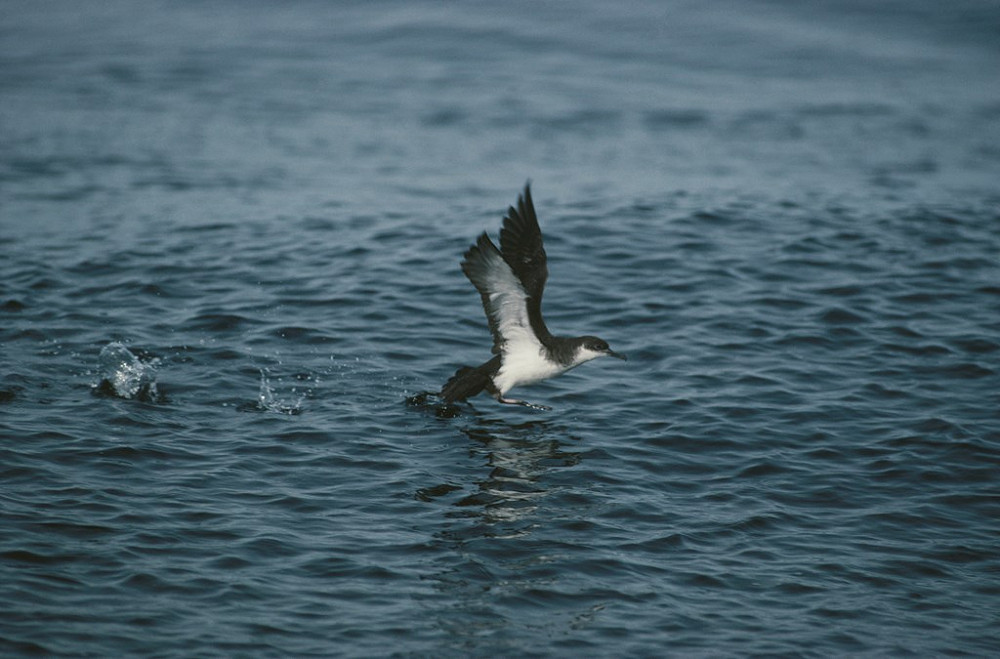 Mew Island is owned by Irish Lights and hosts a 37m tall lighthouse, built in 1884. This was manned until 1996 but now the island is uninhabited with no public access. Back in 1941 there were an astonishing 12,400 terns on Mew island including over 200 pairs of Europe’s rarest seabird the Roseate tern. By the mid 1960’s there were no terns breeding on Mew Island but breeding attempts have started to increase in recent years thanks to concerted conservation efforts. The Copeland Bird Observatory (CBO) have an agreement with Irish Lights that allows them to visit the island to monitor bird populations particularly the nationally important numbers of breeding Eider duck. 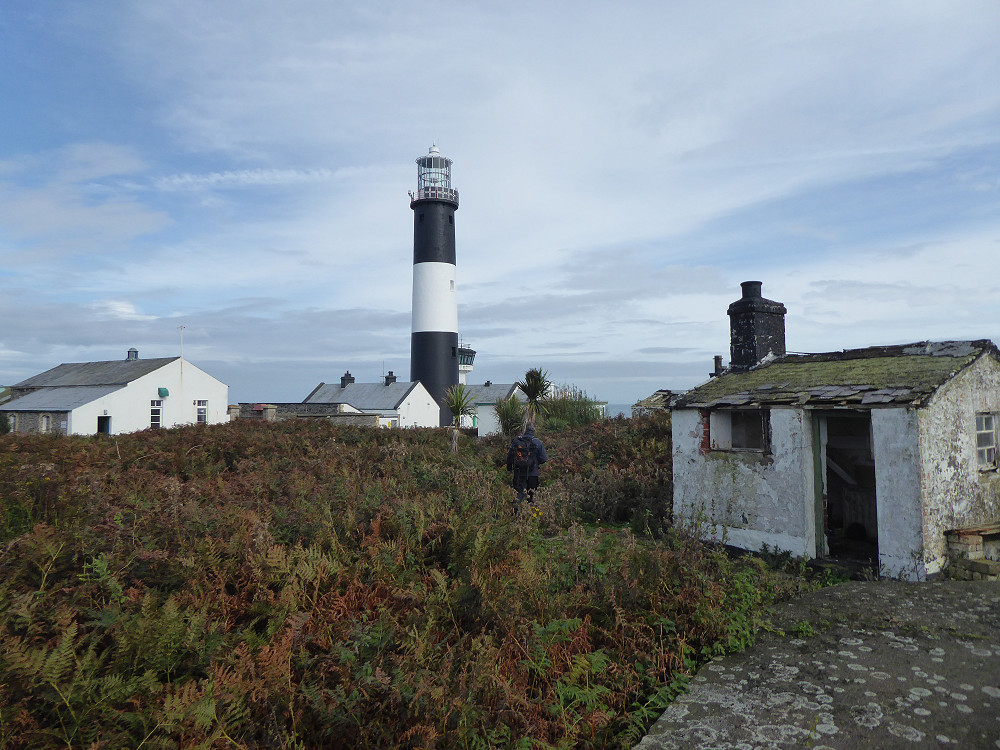 CBO has been in existence since 1954 and manages Lighthouse Island on a long-term lease from the National Trust. The original lighthouse established in the early 18th century was found on Lighthouse Island; the tower has since been removed though so the name often confuses people!

CBO is operated on a part time basis by local voluntary ornithologists who carry out bird ringing under the auspices of the British Trust for Ornithology ringing scheme. CBO is a member of the Bird Observatories Council and collects data on breeding and migratory birds as well as managing Lighthouse Island habitat for the benefit of birds. They already have wax chew blocks in wire cages distributed in suitable locations around the island following a possible rat sighting back in 2017. Thankfully no further evidence of rats was found but volunteers remain vigilant when visiting the island in order to protect almost 3000 pairs of Manx Shearwater that breed underground in burrows on the island. It was great to see biosecurity information and a biosecurity log filled in by volunteers on each of their round island checks during a recent visit to Lighthouse Island. 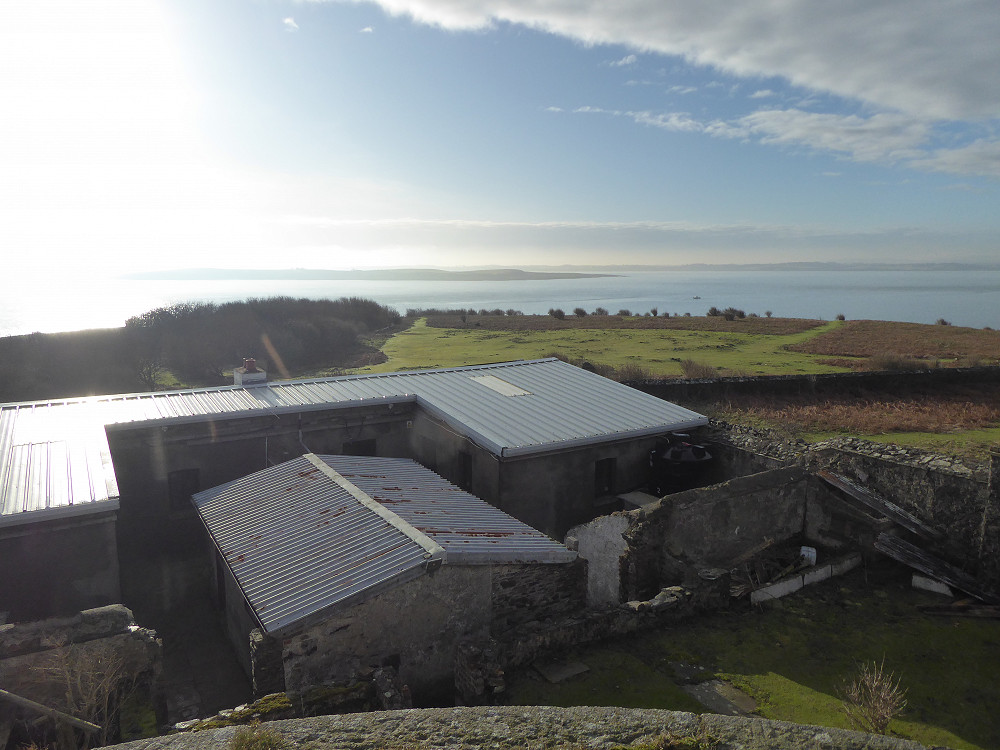 We are working with Irish Lights, National Trust and Copeland Bird Observatory to help finalise a biosecurity plan for the outer isles. Following that we’ll look at helping them install biosecurity measures on Mew Island and increasing the attractiveness and longevity of the wax chew blocks on Lighthouse Island by placing them in covered stations which rodents are more attracted to because they can hide or nest in them. Once the chew blocks are placed inside, they’ll be protected from the weather but it’s still important to replace them every few months to maintain the attraction to rodents. The old wax can just be melted down and re-used with additional flavouring, so the wax blocks themselves are a very cost-effective way of detecting invasive rodents.

There are no unauthorised landings on Lighthouse Island, although you can arrange to visit through CBO http://www.thecbo.org.uk/visiting/. 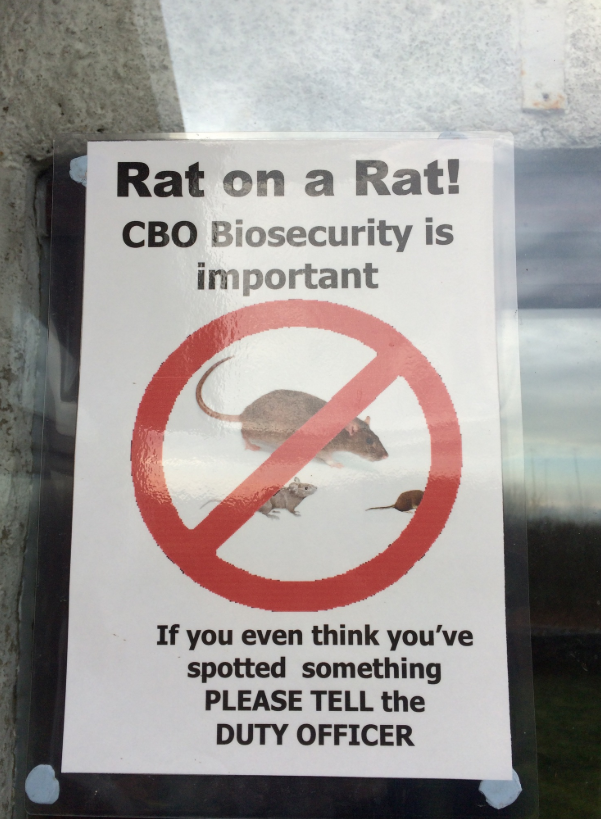 Remember to Rat on a Rat Photo: Tessa Coledale