The SPA islands of Canna and Sanday are found 30 miles west of Mallaig, at the westernmost point of the Small Isles in the Inner Hebrides. The islands cover 6,566 hectares, reaching up to 210 metres in height, with imposing basalt lava flows, and sea stacks Dùn Mòr and Dùn Beag, which host many of the islands’ 1,200 Atlantic puffins (Fratercula arctica) during the summer months. 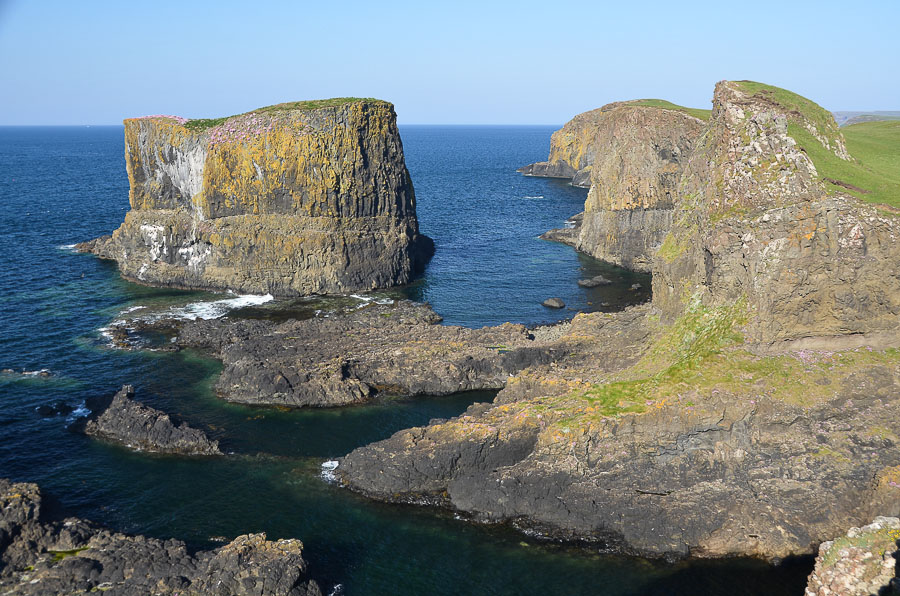 Canna has been owned by the National Trust for Scotland (NTS) since 1981, when it was gifted by John Lorne Campbell and Margaret Fay Shaw, and the islands remain traditionally managed as a hill farm, while conserving their species rich maritime vegetation. The islands support an internationally important colony of over 20,000 breeding seabirds, including 1,000 pairs of European shags (Phalacrocorax aristotelis) – Scotland’s second largest colony.

On an unseasonably calm January morning, the Biosecurity for LIFE team wove our way past the islands of Eigg and Rum towards Canna & Sanday. Just moments before landing, Canna Harbour appeared through the fog, and we had our first glimpse of the islands. 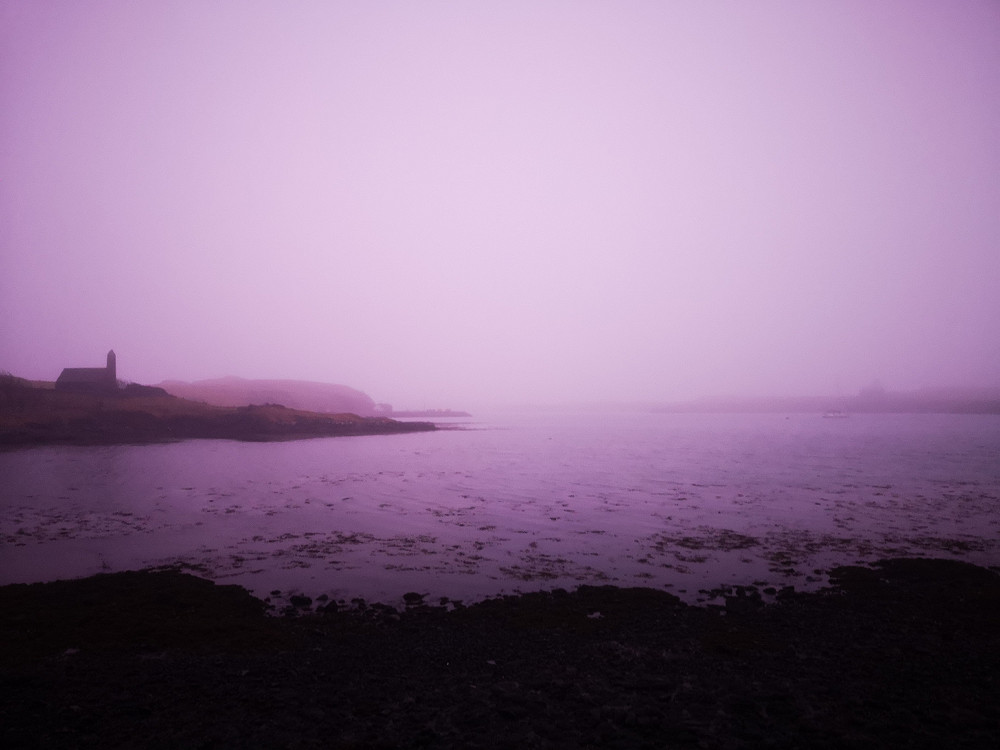 We were welcomed by the NTS Rangers and members of the Isle of Canna Development Trust, who have recently completed an ambitious renewable energy project to power the islands, re-connected the tidal island of Sanday to Canna with an ‘all-tides’ road, and who manage the excellent Canna Community Shop – not bad for a community with just 16 permanent residents!

It was in the community shop that we later set up for a Biosecurity Drop-in session and enjoyed meeting members of the community to share ideas and plans for the Biosecurity for LIFE project on Canna and in the wider area. There’s a huge amount of history and nature packed into these small isles, and during our short trip we were treated to views of golden and white-tailed eagles, and both white and black sandy beaches. We peered into Neolithic souterrains, and even became acquainted with some of the famous stone ‘Canna Cats’! 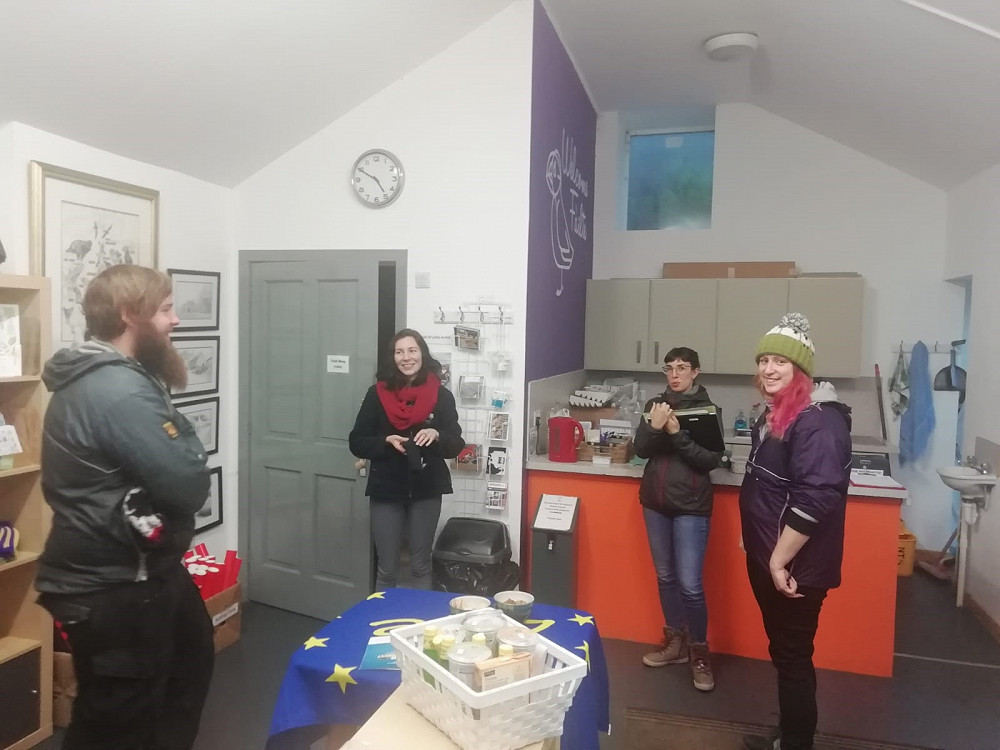 Biosecurity is not new to Canna, where the EU funded Canna Seabird Recovery Project (a partnership between the NTS and Royal Zoological Society of Scotland) successfully eradicated brown rats (Rattus norvegicus) in 2006. The island was officially declared rat-free in March 2008, providing seabirds on Canna and Sanday with nest sites free from the threat of predation by non-native rats. One species particularly vulnerable to predation is the Manx shearwater (Puffinus puffinus), which had virtually disappeared from Canna having had a peak of 1,500 apparently occupied burrows in the 1970s. Following the eradication, the first nesting Manx shearwater was confirmed in 2006, and numbers of this long-lived seabird are very slowly increasing, while breeding success has greatly improved. 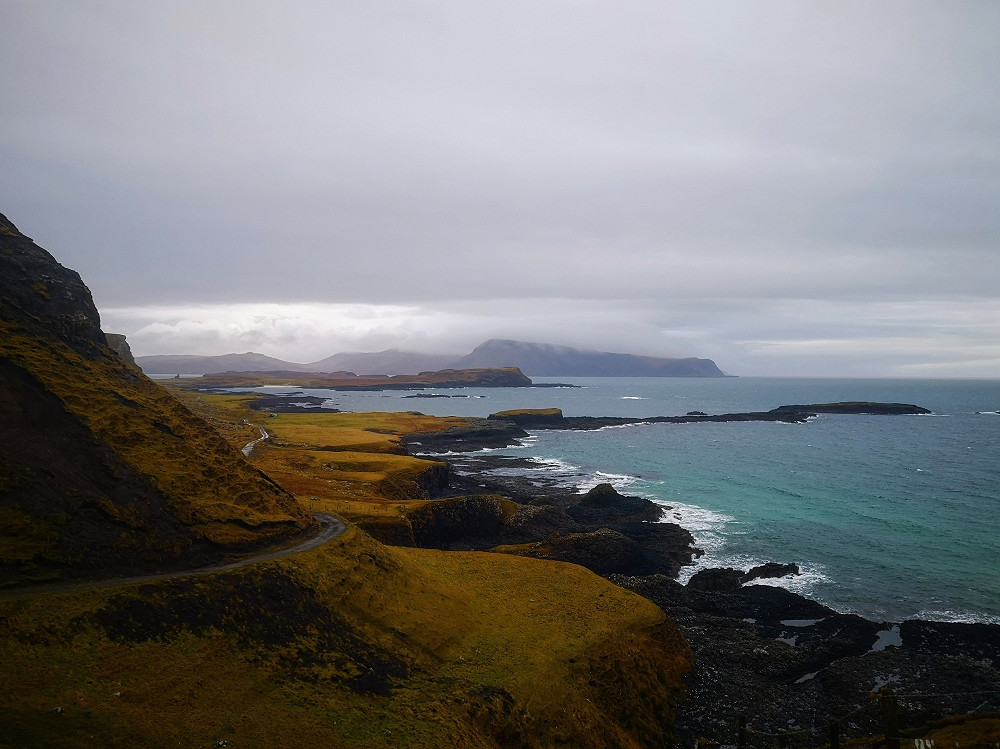 Following the south coast of Canna towards the Souterrain, with Sanday and Rum in the distance. Photo: Sarah Lawrence

Twelve years since Canna and Sanday were declared free from rats, preventing their return and protecting the seabirds nesting on these special islands remains critical. NTS Rangers have year-round rodent surveillance in place, and Canna Harbour carries out biosecurity checks to make sure there’s no stowaways in goods arriving on the island.

Biosecurity for LIFE staff are working with the NTS and the Canna community to help maintain biosecurity on the island and at gateway ports like Mallaig, and we’re excited to be developing an activity trail highlighting some of the fantastic nature that can be found on Canna and Sanday, while keeping biosecurity in mind – so watch this space!

For more information on Canna & Sanday and how to visit the islands responsibly, take a look at: 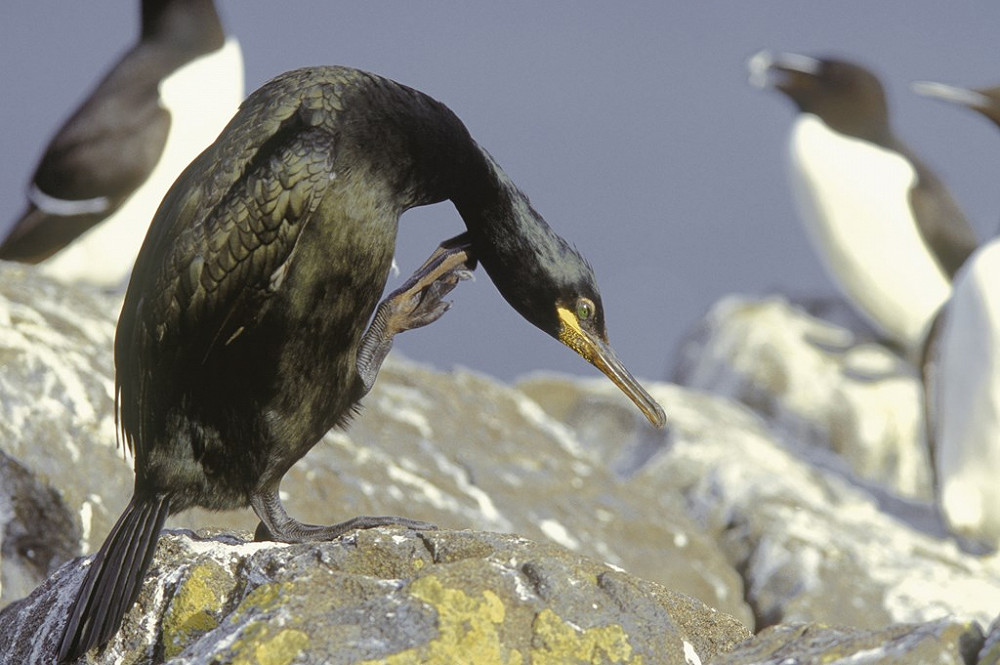