The Shiant Isles are in the north-west of Scotland in the Minch between the Isle of Skye and the islands of Lewis and Harris. They lie approximately 6 km from the south-east coast of Lewis, the closest inhabited island. The group consists of three main islands (Garbh Eilean, Eilean an Taighe and Eilean Mhuire) covering a total of 173 hectares with a chain of smaller sea stacks known as the Galtachan stretching out to the west. The islands are dominated by spectacular basalt sea cliffs and an extensive boulder field on the east side of Garbh Eilean.

The interior of the islands supports fertile grasslands and moorland which has traditionally been grazed by sheep. Although the Shiant Isles have been uninhabited since the early 20th century, there was a long history of human habitation prior to that dating back at least to early Christian times and possibly as far back as the Iron Age. One habitable building remains which is used as a bothy by visitors and by the Nicolson family who have been custodians of the islands for three generations.

In the spring and summer these islands come to life with the sight, sounds and smells of one of the largest seabird colonies in the UK. The Shiant Isles support over 60,000 pairs of puffins, around 8,000 razorbills, and 9,000 guillemots. The puffin colony is the 2nd largest in Scotland after St Kilda and represents approximately 10% of the UK population. The islands also support around 500 pairs of shags, 1,500 fulmar and 1000 kittiwakes. Small numbers of great skua, black guillemot, herring gull, common gull, great and lesser black-backed gull also breed there. Peregrines nest on the basalt columns and a pair of white-tailed eagles returned to breed on the islands in 2014 after an absence of over 100 years. 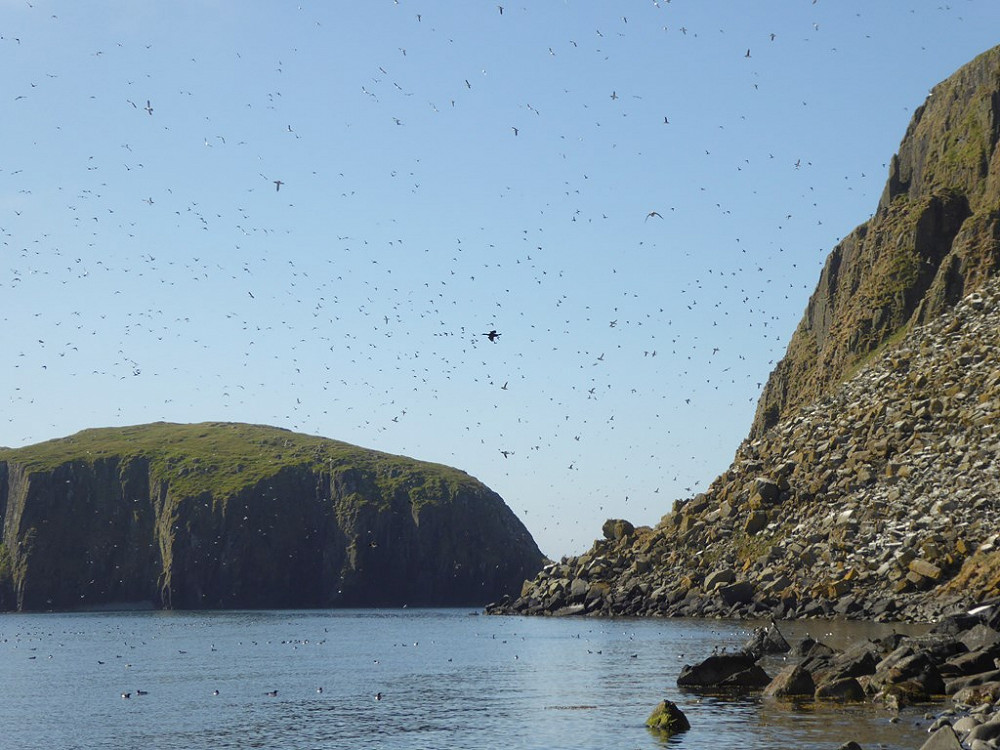 In 2015/16 the Shiant Isles were subject to an ambitious and successful black rat eradication (the Shiant Isles were declared rodent free in March 2018) run by the European funded Shiant Isles Recovery Project (a partnership project between the RSPB, SNH and the Nicolson family). A rotating team of twelve people spent the winter on the islands undertaking this ground-based operation to help protect the future of the seabird colony and to create a safe breeding ground for European storm-petrel and Manx shearwater.

To encourage the colonisation of the Shiant Isles by European storm-petrel and Manx shearwater, audio playback was used during the spring and autumn to attract passing birds to land. This involved installing speaker systems with up to 83 individual speakers to imitate the noise of a colony. In 2016 storm-petrels were observed and filmed flying into and landing at attraction sites and during 2017 and 2018 playback responses were recorded at a number of possible nesting locations. Breeding was confirmed for the first time in 2018 and again in 2019. This is an excellent success story and with luck future years will see the establishment and increase of a European storm-petrel colony on the Shiant Isles. 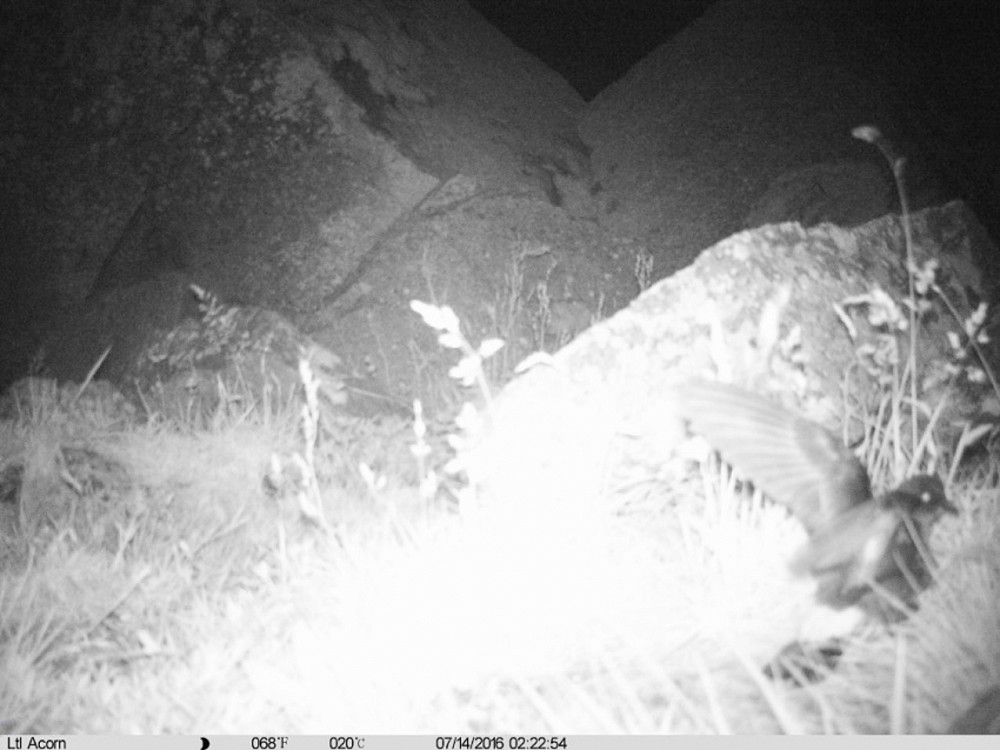 Although the predation pressure from rats has been removed, based on results from similar projects elsewhere it can take years and sometimes decades for seabird populations to increase. One very noticeable effect has already been seen with the breeding small passerines with wren, wheatear, stonechat and rock pipit all now successfully breeding in areas previously holding high rat populations. Preventing the re-invasion of rats or the arrival of other non-native invasive mammalian predators is now essential to maintain the Shiants as a safe breeding location.

Biosecurity is now taken very seriously on the Shiant Isles with rodent surveillance in place year-round and routinely checked for potential incursions. People visiting the islands are requested to follow and complete biosecurity actions before landing (https://www.shiantisles.net/visit). Biosecurity for LIFE is working with the Shiant Isles to make sure biosecurity is being maintained and to help improve awareness of the need for biosecurity amongst the individuals that use the waters in the vicinity of the islands.

The time, effort and resources required to successfully remove rats from the Shiant Isles also serves as a reminder that prevention of the spread of invasive non-native species is far better than needing to remove them in the future.

The SPA islands of Canna and Sanday are found 30 miles west of Mallaig, at the westernmost point of the Small Isles in the Inner Hebrides. The islands cover 6,566 hectares, reaching up to 210 metres in height, with imposing basalt lava flows, and sea stacks Dùn Mòr and Dùn Beag, which host many of the islands’ 1,200 Atlantic puffins during the summer months.