A little bit of winter sun

Whilst the UK was enjoying some typically damp December weather and gearing up for a general election Tom (Project Manager) and Laura (RSPB Seabird Restoration Manager) had been invited to present at a conference on the isle of Elba at the Resto Con Life project conference.

The Isle of Elba is situated in the Tuscan archipelago off the Western coast of Italy. Probably most famous for being the island of exile for Napoleon from 1814-1815, it is now a favoured spot for holiday makers with up to 1 million visitors a year flocking to its beaches and crystal-clear waters set against the backdrop of dramatic green mountains.

Although we were lucky enough to take a walk around the coast and see a little winter sun most of our time was spent hearing about the huge range of work the Resto Con Life project has been delivering over the past five years. The project aims were to undertake island restoration actions on several Tuscan islands and hearing about it all was inspiring. 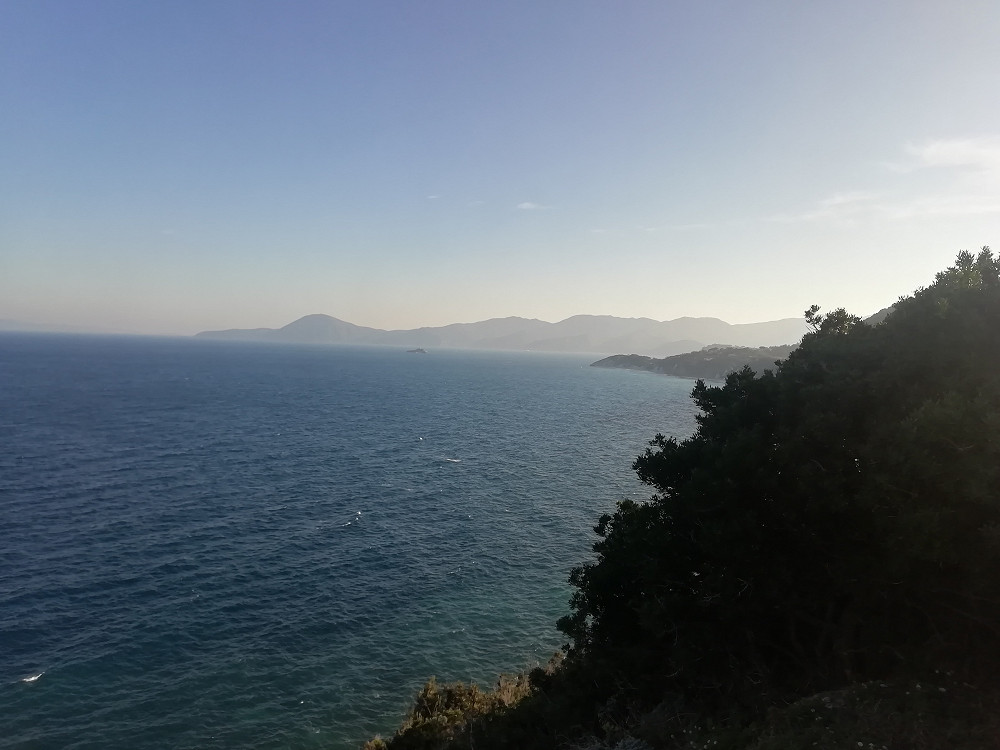 Over the two days there were talks on a range of topics from the census and genetic research of Montecristo goats through to eradication of the Hottentot-fig (Carpobrotus sp.) on Giannutri. The area of work that really stood out was the island restoration of Pianosa.

Pianosa is a low-lying island to the South of Elba where Resto Con Life have been really active in removing a range of non-native invasive species with the aim of protecting and improving the future not just of the seabirds such as Audouin’s Gulls (Ichthyaetus audouinii) and Scopoli’s Shearwater (Calonectris diomedea) but also the island’s macchia – dry Mediterranean scrub home to many native and endemic species. To achieve this, Resto Con Life has undertaken work to remove four non-native invasive animals, black rat (Rattus rattus), feral cat (Felis catus), pheasant (Phasianus colchicus) and red-legged partridge (Alectoris rufa). Several techniques are needed to do this from the familiar poison bait-grid for black rat through to large cage traps for pheasant and red-legged partridge. Feral cats are a difficult species to work with due to their intelligence and special place in human affections, to remove them from Pianosa the team used baited cage traps and then translocated the cats to the mainland where they are being held in a facility with the young and docile individuals being rehomed. Whilst these works are still ongoing on Pianosa it is sure to bring great results for the animals and plants of the island and the future is looking bright. 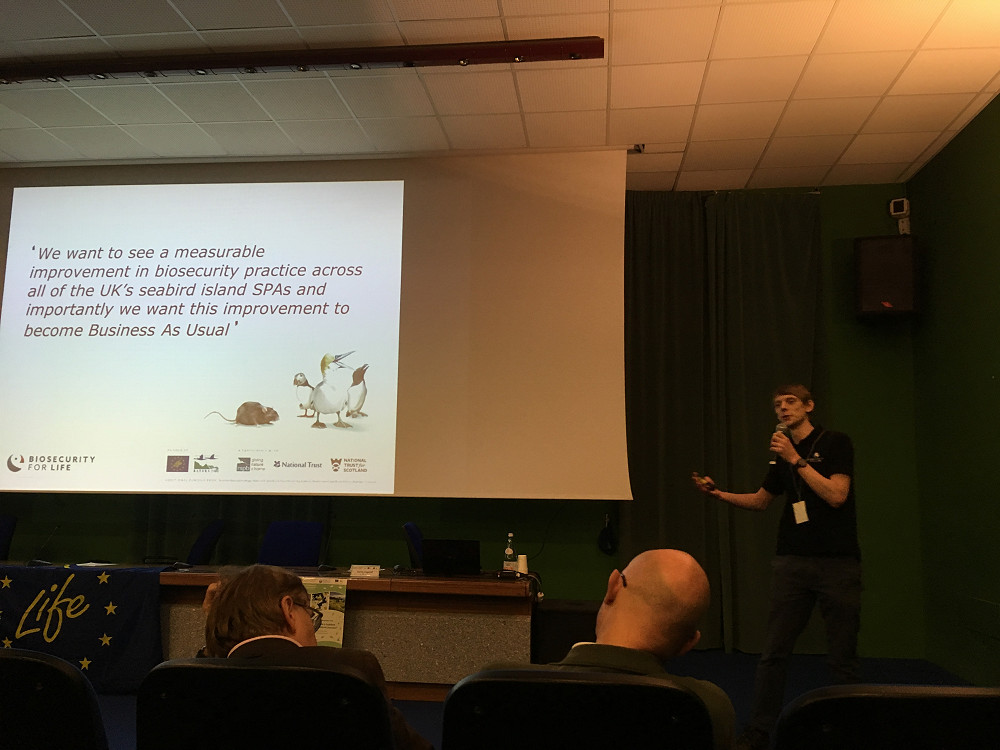 Of course, we were there to talk about biosecurity and had a full room turn out to hear about the project and work going on across the UK. It was great to be able to talk about the engagement and support for biosecurity we are receiving across the UK islands and all our plans for the coming years. With biosecurity of increasing importance in Italy we will continue to share our lessons and experience from the UK, and learn from our Italian colleagues.

With the conference over all that was left was to say goodbye to our island restoration colleagues and make our way back to the UK. The final week or so before Christmas has been busy for all the project team tying up loose ends and making preparations for 2020. 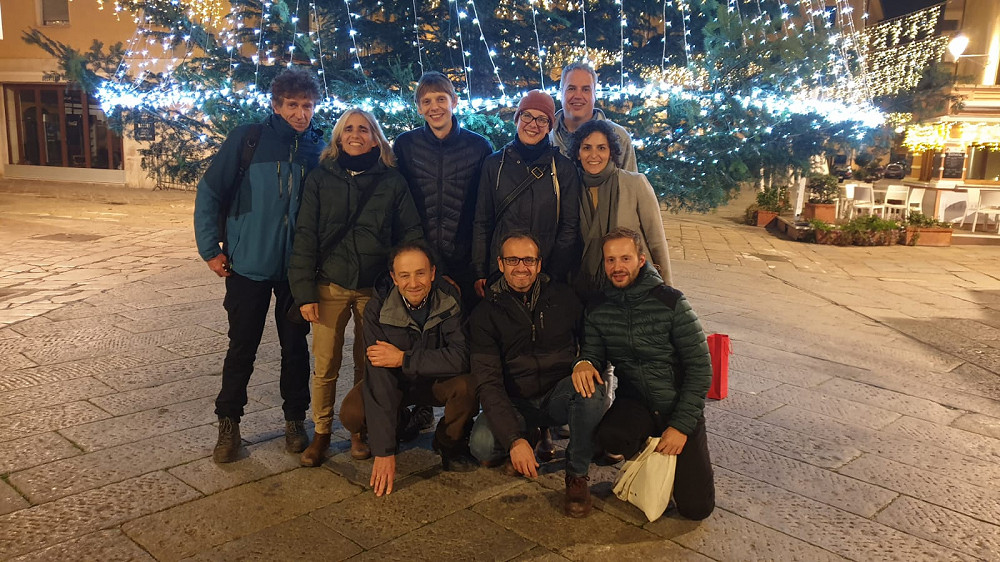 It has been a year of growth for Biosecurity for LIFE and we are all set for an exciting 2020 as we start to roll out biosecurity across the UK seabird island SPAs. We also have plans for the blog so keep an eye out in early January as we will start a new series of island blogs focusing on each of the SPAs.

The team now get a break over Christmas and New Year to recharge the batteries. We hope you all have an enjoyable festive season whatever you are doing and look forward to talking more biosecurity soon. Just remember if you are going to an island check your boat, check your baggage and check your cargo.

Welcome to the Biosecurity for LIFE November update. The exciting news from the last month is the team reaching full strength! We are really pleased to welcome Sarah Lawrence - who has come to us after spending the summer out on St Kilda monitoring seabirds - as the Biosecurity Officer for West and Central Scotland and Northern England. With everyone in place we are now able to deliver the project across all our seabird island SPAs and really focus on improving biosecurity. Read on to find out what has been happening across the UK.

Hello and welcome to the first Biosecurity for LIFE project update! It has certainly been a busy first year since the project commenced and we’re really excited to be able to start providing you with more regular insights into the exciting world of UK island biosecurity.