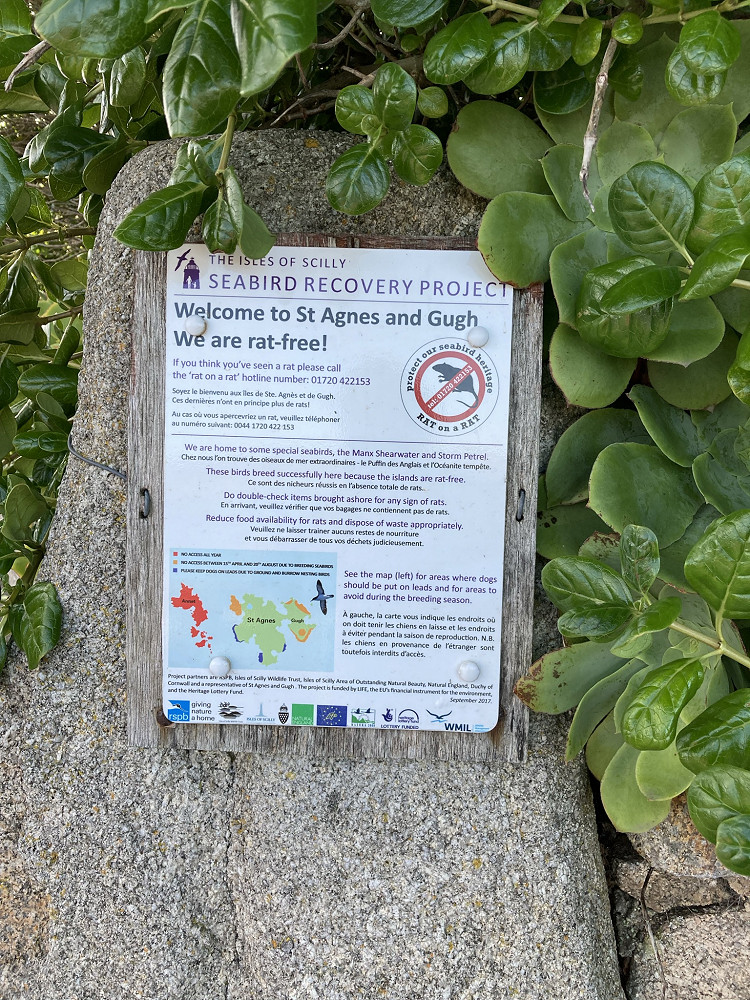 Welcome to St Agnes and Gugh: We are rat free sign

One of the most important parts of an eradication is setting up the biosecurity measures and practices beforehand to ensure that invasive predators don’t get back on island afterwards, and if they do, they’re dealt with quickly. Just one pregnant female rat can wreak havoc on a seabird island, producing a colony of 300 individuals in just over eight months! Everybody on St Agnes has remained vigilant since the islands were officially declared rat-free in 2015, they have responded to potential incursions and even stopped a rat spotted jumping ashore! It had stowed away in some wood, which on this occasion had not been actively checked for stowaways. A handy reminder of how important simple steps like this are at reducing the risk of invasive predator stowaways. It was interesting during the days talks to compare lessons learnt from other incursion responses carried out on inhabited islands worldwide such as Lord Howe Island.

We also heard from the Landmark Trust team on Lundy who have a well-established biosecurity protocol following the successful removal of rats from the island in 2005. Like St Agnes they regularly check wax chew block monitoring stations on island for evidence of teeth marks, as well as carrying out visual checks of cargo arriving by boat. Goods are not left sitting on the mainland quayside thereby minimising the opportunity for invasive predators to stow away amongst them. Lundy, despite not being a Special Protection Area (SPA) site is now part of the Biosecurity for LIFE project thanks to some additional funding from DEFRA.

Biosecurity for LIFE is working on inhabited islands around the UK, four in both Orkney and Shetland, two in both Northern Ireland and the Inner Hebrides, one in Wales and of course the Isles of Scilly and now Lundy in England. These range in size from being home to just one family to islands that have over 1000 individuals. Despite these islands all being unique, from a biosecurity perspective there are lots of similarities. For all of them the highest risk pathway is humans accidentally transporting stowaways by boat to a seabird island, this is why we’ve produced boat operator packs that show the simple steps people can take to keep these islands safe. Using rope guards and ensuring food and waste are all contained in rodent proof containers are key to keeping invasive predators off boats. It was really useful for us to see and hear first-hand what has worked on St Agnes so we can put it into practice on other project sites over the coming year. Their immaculate biosecurity incursion shed, and accompanying bait locker were particularly interesting to examine as we start to develop our own Rapid Incursion Response Hubs around the UK this winter. 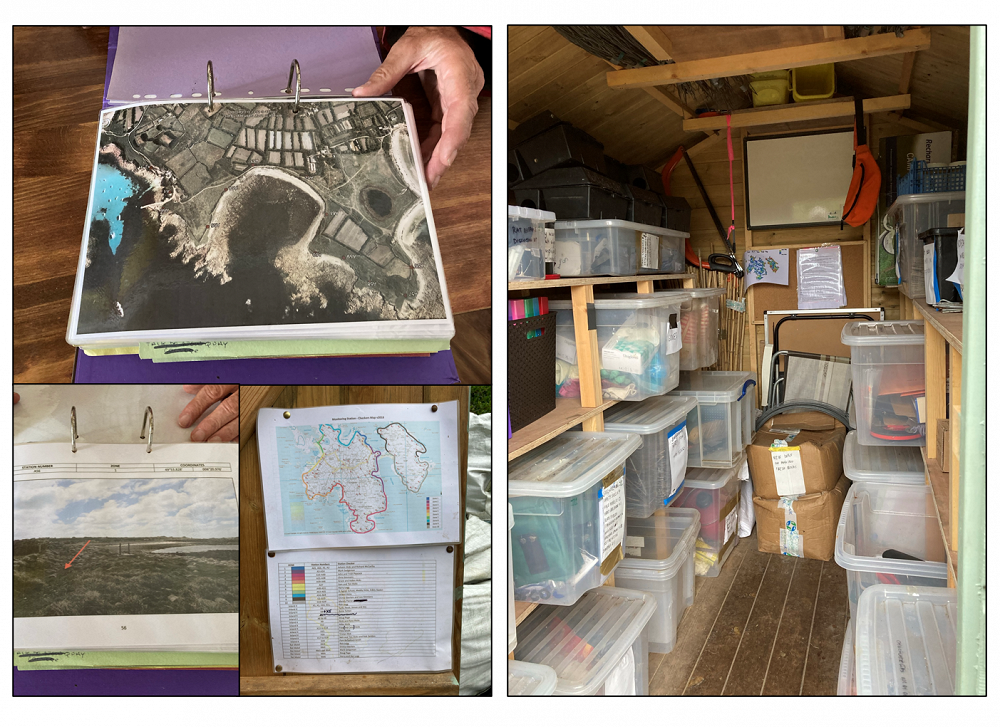 It was clear to see that successful biosecurity on inhabited islands really does require support from the entire community, we even visited the primary school where pupils are responsible for biosecurity checks. The community are obviously proud of what they have achieved and continue to achieve for nature but also spoke about the economic benefits of preventing invasive predators reaching the islands. Farmers, fishermen, tour boat operators and local hospitality businesses have all benefitted from the islands continued rat free status, not just the wildlife of these beautiful locations. This is definitely a message to take away with us as we look to work with projects in the future such as Rathlin Acting for Tomorrow (RAFT). 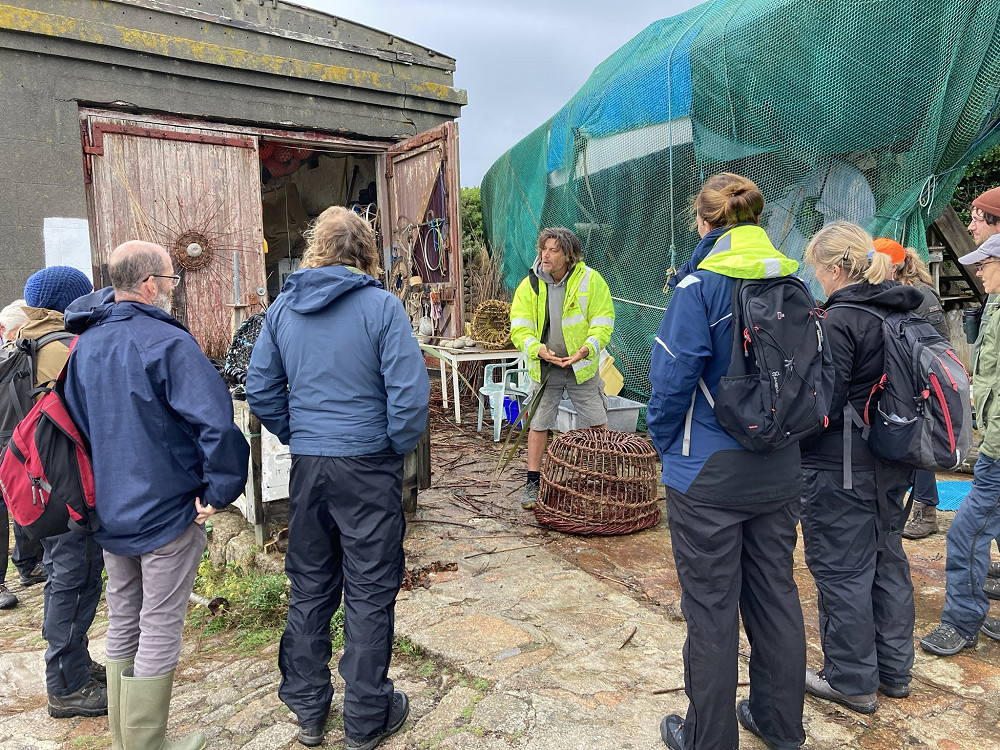