In early October, Karen Varnham (RSPB’s Island Restoration Officer) and Laura Bambini (RSPB Seabird Recovery Officer)  had the absolute pleasure to deliver an island restoration and biosecurity workshop in Rochefort, France. The workshop was organised by our Mediterranean sister project LIFE PanPuffinus! and was attended by an enthusiastic bunch of seasoned island restoration colleagues. LIFE PanPuffinus! is a partnership project involving Malta, France, Spain, Greece and Portugal and focusses on improving the conservation status of two Mediterranean seabird populations, the Yelkouan Shearwater and the Balearic Shearwater, through addressing threats on land and at sea. This includes reducing the threat of predation by invasive non-native mammals.

At the workshop we considered how we can strive towards best practice in our efforts to plan and carry out invasive predator removals on islands for the benefit of seabirds – and people – and how to sustain these benefits in the long-term through effective biosecurity. The Mediterranean is home to three endemic species of shearwater: the Yelkouan shearwater which is closely related to our Manx shearwater, its bigger cousin the Scopoli’s shearwater, and the critically endangered Balearic shearwater which only nests on a few islands in western Mediterranean. The dinky but intrepid European storm-petrel we know from our islands here in the UK also nests on Mediterranean islands although it has disappeared from many of them, following historic rodent introductions that followed colonisation events by ancient civilisations. 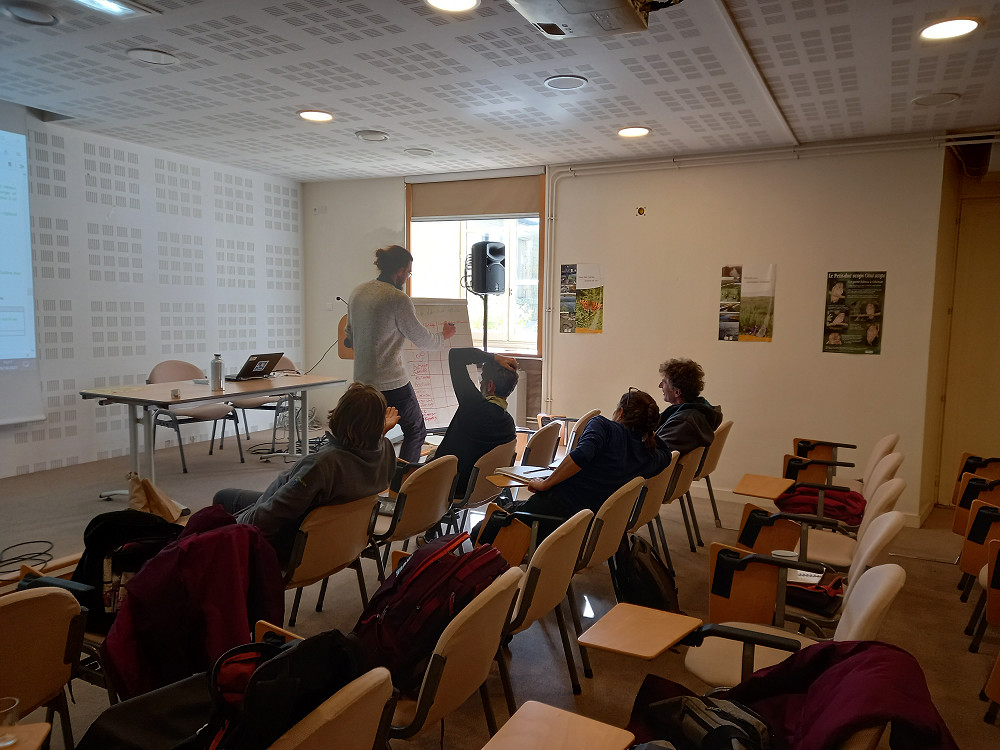 People and their boats have clearly represented a biosecurity risk to seabird colonies on islands for millennia, and we are still learning how to best manage this threat. The workshop included a site visit to a very large, inhabited island off the Atlantic coast, where we assessed the available measures that could be put in place to ensure vessels visiting the island are rodent-free and any stowaways that do reach an island are rapidly detected and removed. Biosecurity measures on any inhabited island require the cooperation of everyone who visits or lives on that island, but the benefits are also shared equally. Economic benefits of maintaining islands free of invasive non-native species (especially rodents) include reduced crop damage and losses, and reduced costs of pest control. Where seabird colonies are an ecotourism attraction, incorporating biosecurity messaging into promotional materials demonstrates that the site is responsibly managed and will encourage responsible behaviours in those that visit.