On an unseasonably warm day for September Holly and the Biosecurity Officer for the Orkney Native Wildlife Project (ONWP), made our way over to Auskerry from Kirkwall. After a smooth sailing (apart from a very choppy patch in the middle!) we made it to the small island in just over an hour.

The island is on the eastern side of Orkney, 5km south of Stronsay. Much like most of Orkney, the island is fairly flat, visible from a distance thanks to the large lighthouse based on its southernmost point at Baa Taing. At its widest parts the island is roughly 1km wide and long, and totals 210 acres. 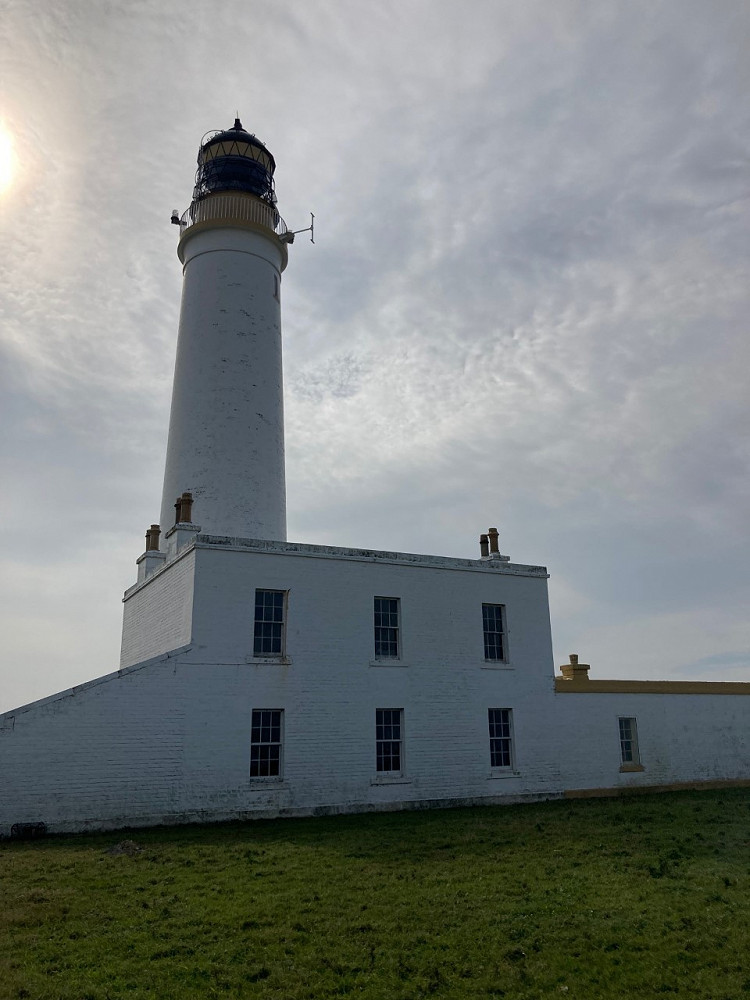 It is home to a wide variety of seabirds including arctic terns, puffins, guillemots, razorbills, fulmars, kittiwakes and a significant population of storm petrels. They also share the island with many North Ronaldsay sheep, a native Orkney breed that is known for eating seaweed. Fortunately, it does not currently have any invasive predator species.

The Biosecurity for Life team had previously visited Auskerry back in 2019 in order to help develop the island’s biosecurity plan. On our trip this time we had a great talk with the island owners, who live on and care for the island for 9-10 months of the year, and are enthusiastic about biosecurity and keeping their island free from invasive predators.

We deployed 13 surveillance stations on the island and also left some of our ink card tracking tunnels in order to provide some variety to give us more chances of picking up an invasive predator were it to make it to the island. 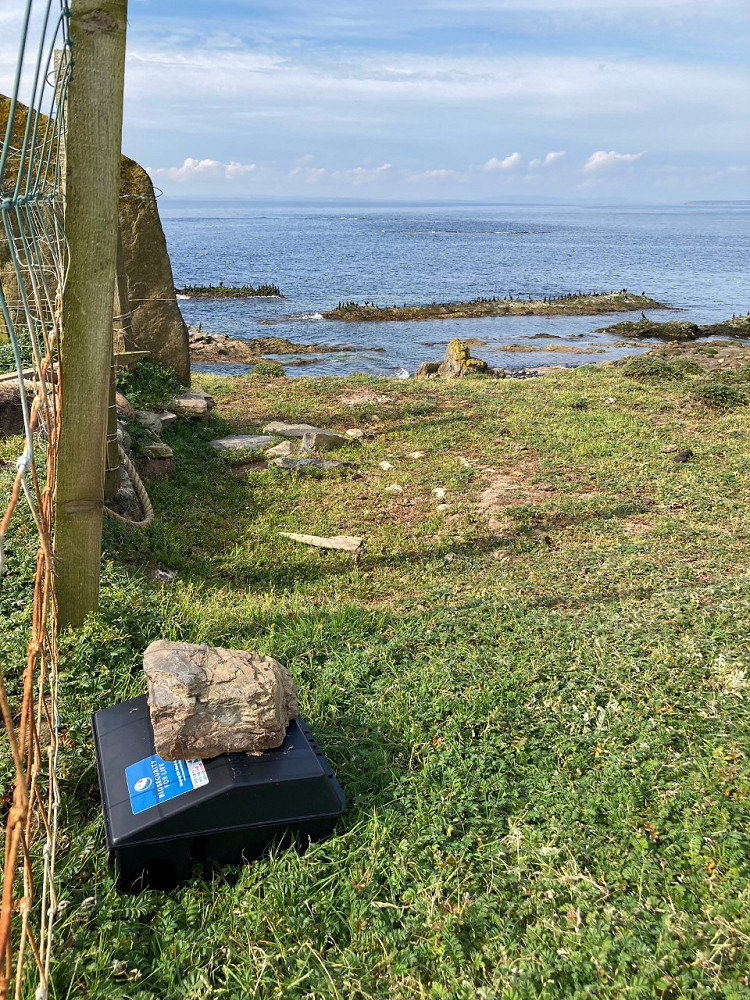 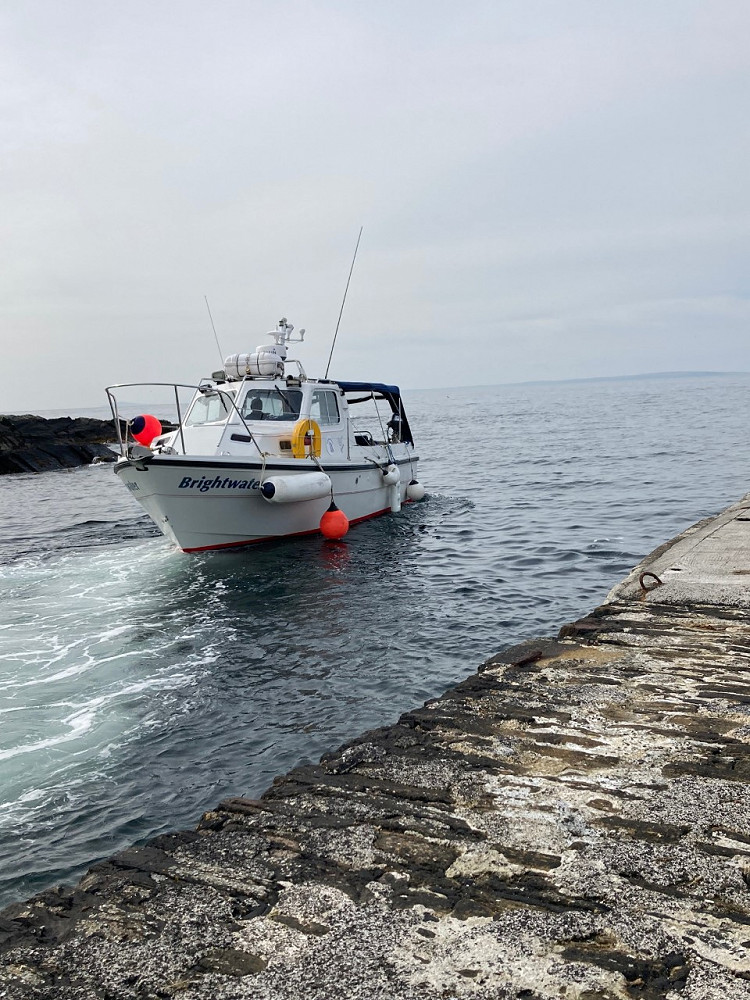 It was a great trip to the island, topped off nicely by a sighting of Sooty shearwater and some Risso’s dolphins!

On my trip to Orkney I also had the chance to go to Papay (Papa Westray) to see the island and meet some of the community there. It was great to hear their thoughts about biosecurity and what might be feasible to put in place on the island. I hope to visit again later in the year to provide some training and surveillance equipment for people to put out on their land and around their properties. 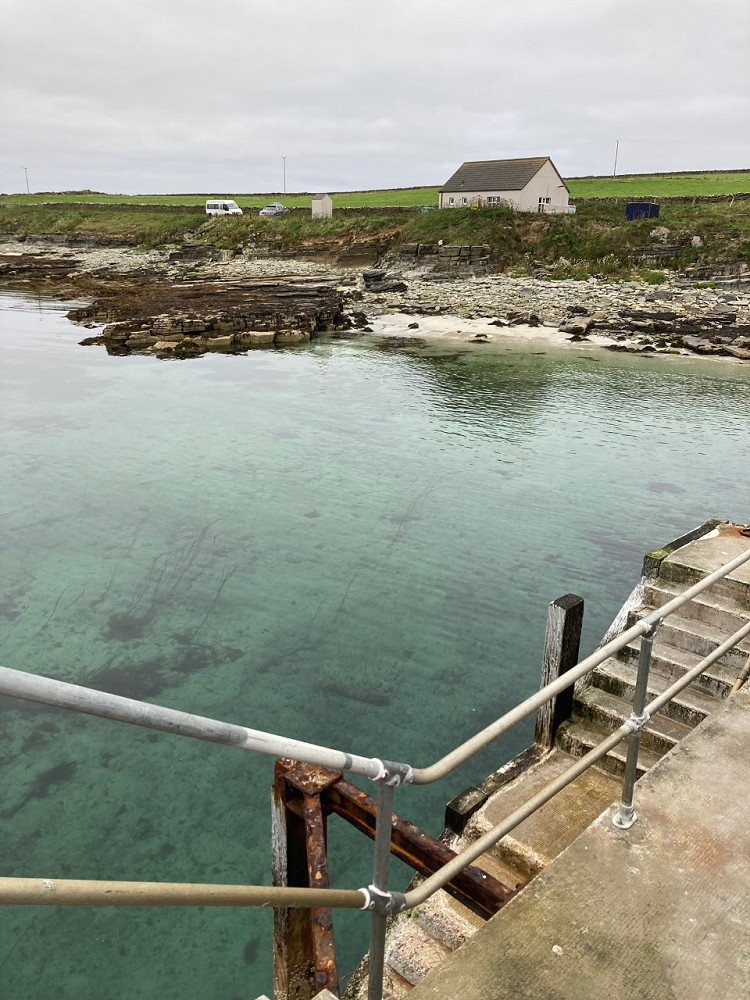 Whilst there, it was valuable to be able to talk to the ONWP to hear about what they’ve been up to with biosecurity and to discover where our aims and plans overlap.

I’m looking forward to heading back to Orkney in the future and continuing to get surveillance on the ground and to further develop the island’s biosecurity plans with the community.